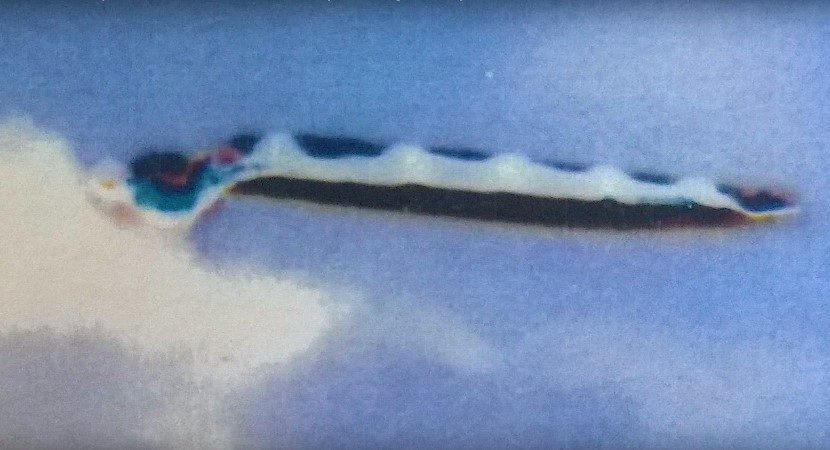 This is not your planet, that is not your moon, humanity is in fact an experiment for extra extraterrestrial and interdimensional beings. We are food.

This is part 1 of 2 articles outlining the testimony of William Mills Tompkins, who worked for North American Aviation, Northrop and Douglas Aircraft, designing advanced space crafts and weapons systems, and assisted with the Saturn and Apollo Space Programs for NASA. I’ve added his abbreviated bio at the bottom of this article. 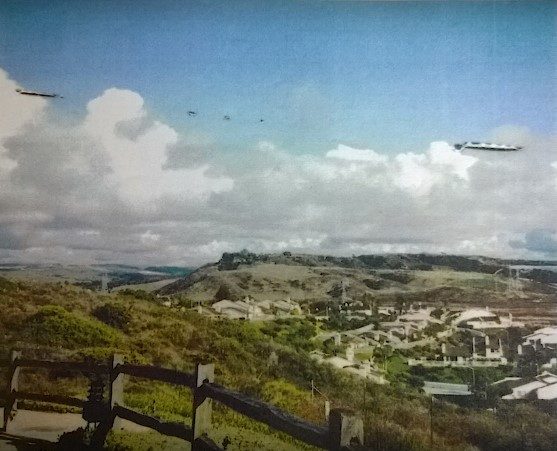 This picture was taken by a couple in Carlsbad, CA and analyzed by specialists at Northrop in San Diego, CA, and released by William Tompkins. 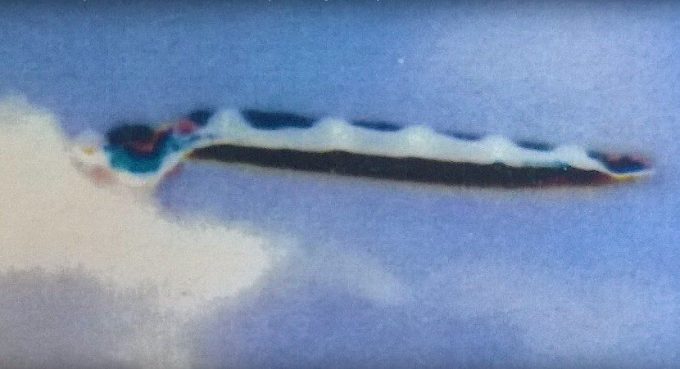 Close up image of a 900ft long Reptilian tankers, found to be dispensing a mixture of four gasses over Ocean Side and Carlsbad, CA. These gasses are used for mind control of the population and the disbursement of viruses. Reptilian “contrails”.

Our secret government also sprays chemicals into the air that aid in detection of UFO’s, as they disturb the atmosphere, and for other more nefarious purposes such as nanotechnology which can be weaponized. Contrails also have the added “benefit” of concealing the ongoing wars in space between our own forces and those of the “Black Hat” ET’s.

Further, Northrop did 3D view drawings of the 900ft craft above, and produced a 6 foot wooden model, which was tested in a wind tunnel at Hawthorne (a part of Northrop). What they found was…

The serrations on the side of the craft and even the indentations on the top, disbursed the gasses almost immediately, leaving virtually no “contrail” evidence. You have to be looking at the rear of the craft to detect it at all.

“ In areas where people are becoming more knowledgeable about extraterrestrials, the Reptilians don’t want you to do that. So what they do is, they drop heavy gas on those regions, in this case, it’s Orange and San Diego County.”

“Now they may do this one time, or they might do this 5,000 times, but you’re not going to be able to accomplish what you think you can, because their gonna stop you.”

This highlights another point in which he made about disclosure, those in power who are also under mind control, that we should take this into consideration, when undeniable proof of their collusion with the Reptilians is exposed.

Highlighted information revealed in his testimony:

We, humanity, have been lied to for thousands of years, Everything we have been taught is wrong, from our Religions to our Universities and of the cosmos itself.

We are not from this planet, and this planet is but one of thousands under control and domination by the Reptilian species. We are not human but extraterritorial ourselves. We are an experiment and the Earth is a lab.

The Reptilians have been in control of this planet for thousands of years. Most of the worlds leaders are in fact Reptilian shapeshifters.

Humans are assisting Reptilians in carrying out operations against humanity. Some because of an affinity of their goals and values willingly perform Satanic Rituals and Human Sacrifice. Others are forced to comply, they have no choice in the matter (mind control, coercion).

There are however many humans who are working with “White Hat” ET groups such as the Nordics and the Blues, to aid in rebellion against Reptilian domination.

The Nazi’s established relations with the Reptilians who “gifted” some 13 UFO’s and advanced laser weapons systems prior to WWII. Most of this technology, along with thousands of prison laborers, were transported to underground bases in Antarctica prior to the start of WWII.

The Allies lost WWII. There was a secession of hostilities on both sides at some point, but no victory. The US Navy was also defeated soundly and swiftly during an attempt to rescue prisoners and “mop up” the Nazi’s bases in Antarctica. See Project Highjump.

The Nazi’s landed on the moon and established a military presence prior to the Apollo Missions. The Nazi’s have continued out into the cosmos in coordination with the Reptilians, to conquer worlds to expand the Reptilian footprint of domination.

“White Hat” extraterrestrials, the Blues and Nordics being primary, worked with Public Corporations and Universities on above top secret projects in conjunction with NASA and the armed services, for the development of an advanced secret space program. 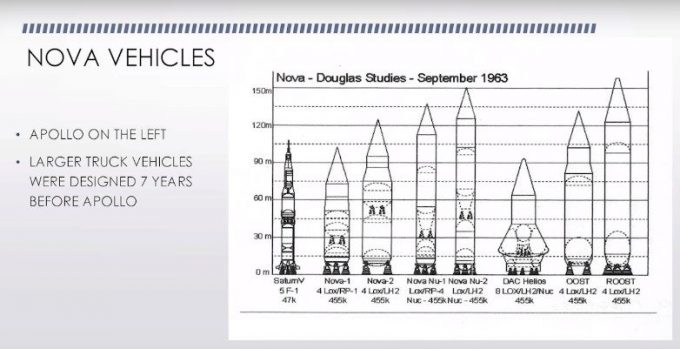 US Military outposts have been established since throughout the solar system and beyond with the aid of ET technology including anti-gravitational and electromagnetic propulsion.

Nova Truck Vehicles were 40 times larger than the size of the Saturn V Rocket pictured above. 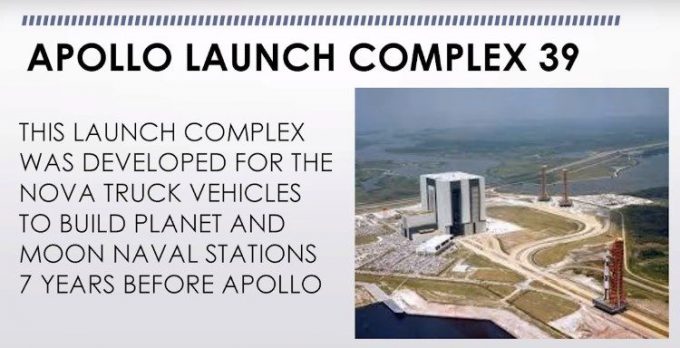 Contact with other ET civilizations has already occurred, and trade in the form of rare earth minerals has already been established. This was done with goal of obtaining additional allies in the fight against the Reptilian threat.

Two images of the many advanced Navy Transports: 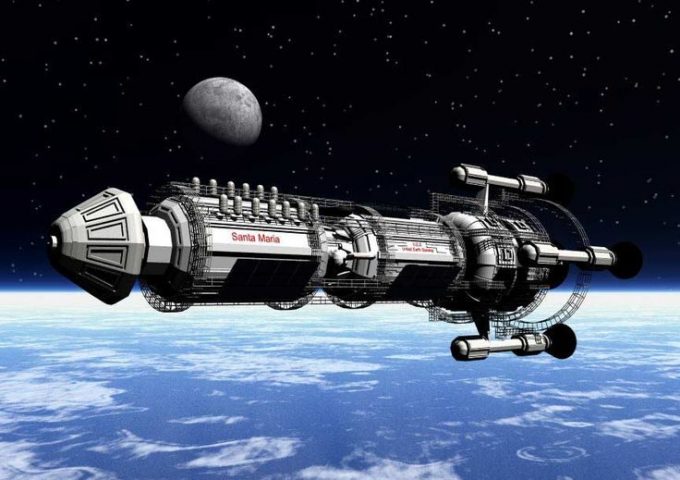 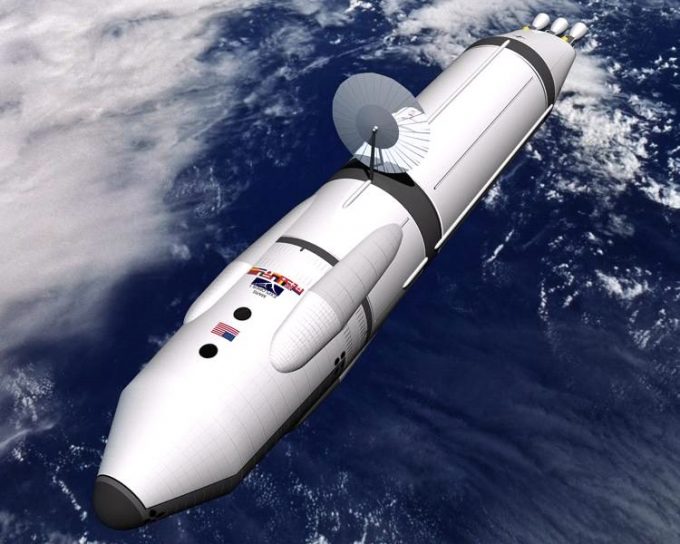 I’ll be writing more on the intergalactic trade and its relation to special operations being conducted around the world. If you look you will find that every War or conflict where American troops are deployed, that country always has deposits of rare earth minerals.

There is even a bigger subject yet to tackle, the upcoming “DISCLOSURE WARS”, as the Elite and the Vatican will attempt to shape the narrative of what is going on.

William Mills Tompkins stated emphatically that he was not a whistle blower. He was encouraged to come forward by undisclosed parties, to reveal and confirm what has been going on with mankind for ages.

Bill indicated we no longer have the time for continued slow rolling of UFO disclosure, because in his words “we need help”. Help as it relates to the Reptilian problem.

Recruited at a young age by the US Navy for his keen eye for detail, he soon found himself working on above Top Secret Intelligence programs, and the most highly classified think tanks dealing with the extraterrestrial problem and the advancement of aerospace capabilities.

Much more to come,

LINK TO PART 2: Bombshell Interview Exposes Reptilian Control of Earth – Part 2
VIEW OTHER ARTICLES BY THIS WRITER
YOUR DONATION WILL ENABLE USTO BRING YOU MORE LIKE THIS

Images: Images were screen captures from the various source videos and Google Images