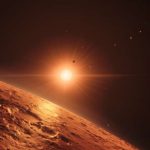 Likelihood of Trappist-1 Planets Being Habitable Just Went Up

Could there be alien life within the Trappist-1 system ? via phys.org A series of four studies have shed new light on the properties of the TRAPPIST-1 planetary system, currently our most optimal hope for evidence of biological life beyond the Solar system. Since the extent of the TRAPPIST-1 planetary system was revealed in February 2017, it has captured the … Continue reading → 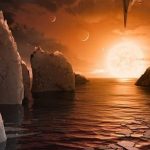 Four of the seven planets in the Trappist-1 system are thought to be home to large amounts of water. Earlier this year, NASA scientists announced the discovery of seven extrasolar planets in orbit around Trappist-1, a star situated approximately 40 light years away from the Earth. It was the first time that such a large number of Earth-sized worlds had … Continue reading → 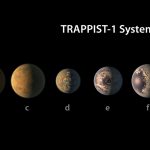 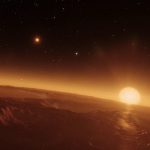 NASA has released new data showing the first glimpses of the TRAPPIST-1 dwarf star system which contains three Earth-sized planets. The space agency revealed last month that seven exoplanets orbit TRAPPIST-1. The discovery is seen as particularly significant because three of the exoplanets (TRAPPIST-1b, c, and d) are all within the star’s habitable zone, meaning that they could likely contain … Continue reading → 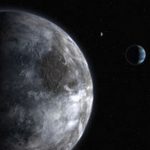 ALIEN life could be discovered as early as NEXT YEAR following the astonishing discovery of a solar system similar to ours, according to the astrophysicist who found the first exoplanet. Michel Mayor, the man who spotted 51 Pegasi b – the first planet to be found outside of the solar system – in 1995, says the TRAPPIST-1 system could lead … Continue reading → 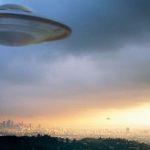 A curious aspect of the UFO phenomena is why more people aren’t curious about it. I don’t mean regular people. A Newsweek poll shows most Americans (54 per cent) believe UFOs are visiting Earth from Alpha Centauri, or Sirius A, or Krypton, or some other place with cleaner air and better coffee. I’m talking about those who could reveal to … Continue reading → 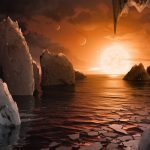 Scientists have found a new solar system (TRAPPIST-1) filled with planets that look like Earth and could support life, Nasa has announced. At least three of the seven planets represent the “holy grail for planet-hunting astronomers”, because they sit within the “temperate zone” and are the right temperature to allow alien life to flourish, the researchers have said. And they … Continue reading →