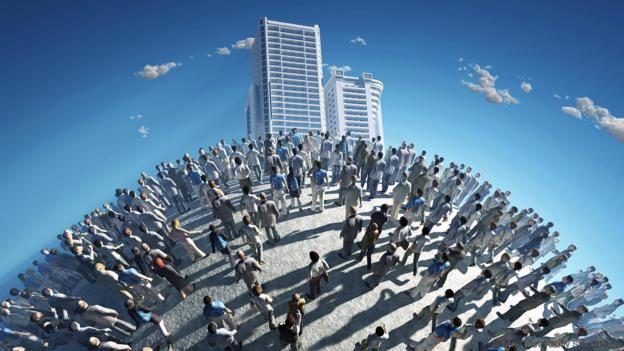 THE global population is to reach almost 10 billion by 2050, according to revised projections which are increasing the fears of global famine.

Previous predictions had estimated the global population would hit nine billion by the middle of the century, but a report from the UN’s Department of Economic and Social Affairs’ Population Division forecasts now puts it at 8.6 billion by 2030, 9.8 billion in 2050 and 11.2 billion in 2100.

The report says roughly 83 million people are added to the global population each year, and although birth rates are on average slowing across the globe, so too are death rates, leading to an older population.

The report, titled ‘The World Population Prospects: The 2017 Revision’, says that the population of over 60s will more than double from the current 962 million to 2.1 billion by 2050 – putting a strain on healthcare.

Africa is leading the charge in terms of population growth, and the research states India will take over China as the world’s most populous country by 2024.

John Wilmoth, director of the Population Division, said: “The population in Africa is notable for its rapid rate of growth, and it is anticipated that over half of global population growth between now and 2050 will take place in that region.

“At the other extreme, it is expected that the population of Europe will, in fact, decline somewhat in the coming decades.”

However, it was feared a worldwide population of nine billion would put a strain on global resources.

Professor Julian Cribb, author of ‘The Coming Famine: The Global Food Crisis and What We Can Do to Avoid It’, warned in his 2010 book: “The world has ignored the ominous constellation of factors that now make feeding humanity sustainably our most pressing task – even in times of economic and climatic crisis.

“It is arriving even faster than climate change.”

A 2011 report from Oxfam similarly warned that the population boom could lead to a food shortage.

By 2030, the report from the charity says, prices of staple foods such as corn and rice will climb by 180 per cent and 130 per cent, respectively.

Robert Bailey, Oxfam’s senior climate advisor, said: “The food system must be transformed. By 2050, there will be 9 billion people on the planet and demand for food will have increased by 70 per cent.

“This demand must be met despite flatlining yields, increasing water scarcity, and growing competition over land.

“And agriculture must rapidly adapt to a changing climate and slash its carbon footprint.”