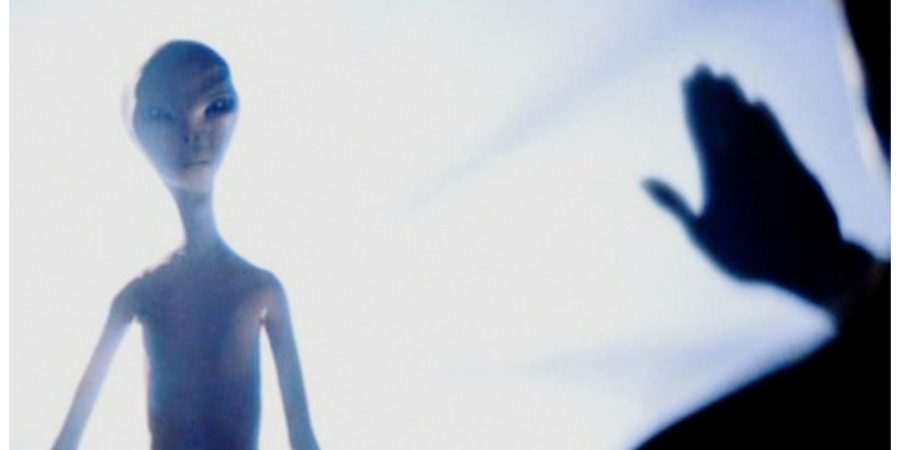 1956 Mitchel Air Force Base UFO And ‘Humanoid Being’ Sighting Incident

Saga’s 1975 UFO Annual had a piece by Robert D. Barry: The UFO That Landed at Mitchel Air Force Base. Mr. Barry provides an overview of the now decommissioned AF base, highlighting a 1956 UFO appearance and a subsequent related event.

Guy DeLaunay, a native of France, who joined the U.S. Air Force worked with “automatic data processing” at the base. In the winter of 1956, at about 11:30 p.m., after a work shift, DeLaunay and a buddy were heading to a diner just off the base when they spotted, perhaps a dozen small globes, saucer-shaped objects moving in a circular pattern above the field.

They ran to the office building alerting their comrades, and the entire crew of 15 men came out to watch the silent, non-blinking lights.

They called Base Operations Office and found that the objects were being tracked on radar. A pair of interceptors were sent in pursuit but the objects “disappeared in the air” and also from the radar scopes.

Later in the evening, about 12:40 a.m., DeLaunay and a friend decided to drive around the base when they came upon a hangar that housed a fire-drill plane. They saw what appeared to be a military man walking on the field who was approaching the hangar and fire-drill plane.

“Suddenly a glow lit up the area” and they saw a saucer-shaped object, the source of the glow. The object increased in brilliance, “changed different colors” and began to lift “slowly and gracefully. After reaching about 50 feet the object “hovered momentarily. Then it shot skyward and was out of sight in a matter of seconds.” Base Operations told the men to keep silent about what they had seen.

DeLaunay took a furlough shortly afterwards and went home to family in France. It was May, 1956. While riding his motorcycle home from his grandfather’s house at 11 p.m. in Auxerre (central France) he came upon “the outline of something dark and very large, perhaps two or three stories high.”

His lights caught a man standing at the edge of the road, the man wearing “a tight suit….such as a skin diver’s suit” … ‘gray-silverish’ in color.” The “being” was approximately six-feet-tall … was slim … had two eyes, a nose, and mouth, much the same as anyone on Earth.”

Frightened, DeLaunay gunned his motorcycle, leaving the intersection, hearing “a faint humming sound … behind him.” When he looked back he saw “the outline of ‘something big’ … a ‘huge ship’ … at least 75 feet in diameter … as it was glowing, it changed color much like the craft seen at Mitchel Air Force Base.”

The craft was “oval … [had] what appeared to be portholes or windows on the upper part of the ship. [DeLaunay] saw what he thought was some type of activity inside the ship and felt the UFO had a crew.” As the craft shot away, it increased in brilliance and the portholes disappeared.

Again, we do not hear or read much, if anything nowadays, about humanoid appearances with landed UFOs or anything about landed UFOs either.

The alleged account, recounted above, took place at the edge of the flying saucer/creature encounters that engulfed France and much of Europe in the early to mid-1950s.

DeLaunay provided a list of the men who saw the lights at Mitchel Air Force Base, but writer Barry doesn’t tell readers if DeLaunay gave the name of his pal who apparently saw, with him, the UFO in the hangar.

And the French incident could be said to be hallucinatory. But who really knows?

Looking at some of the UFO tales presented earlier here, from mid-1970s UFO magazines, one sees that “beings” encountered or observed were “normal” in physiognomy, human-like, not “greys” or “reptiles” or even robotic. Are the stories, fictional (fictive) creations by the “witnesses” based in a kind of reality of the time period? Perhaps, perhaps not. Whatever was experienced is not part of the UFO topography today, that’s for sure.