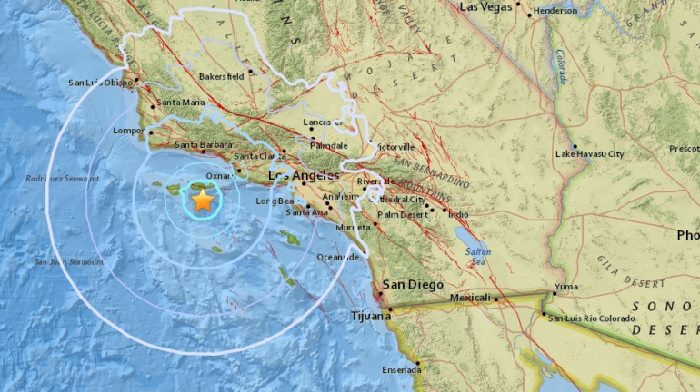 The earthquake struck today, on April 5th at 12:29 PM local time at a depth of 10 kilometers. Even though the earthquake struck off the coast of California, shaking was felt as far away as Bakersfield, Palmdale and the city of Orange over 100 miles away. The quake’s epicenter was 85 miles west of Los Angeles and 41 miles southwest of Ventura. Thankfully, the shaking subsided just as quickly as it came, lasting roughly 10 seconds.

Did You Feel the M5.3 EQ that just took place off the Channel Islands, CA? Please let us know here: https://t.co/cHMIb35SOk pic.twitter.com/qhgXpT166c

At this time there are no reports of significant injuries or damage caused by the earthquake, although it is too soon to say for certain. Even though this earthquake was not significant to cause widespread damage, it does increase the likelihood of another, larger earthquake in the near future. In addition, local residents of southern California can expect smaller aftershock earthquakes through today and the coming days. There is no tsunami threat as the earthquake was not powerful enough to create a significant tsunami wave.

Southern California is accustomed to earthquakes, with smaller earthquakes occurring fairly regularly. The Santa Ynez fault, which runs along the northern end of the city is the largest concern for a major earthquake. This fault could produce a powerful earthquake if enough strain is built up over time, causing widespread damage in the Santa Barbara area.

It is a left-reverse fault and about 90 kilometers long. Caltech notes that the fault slip rate is about 0.9 mm per year and that each major rupture occurs on average every 4,000 years. This particular fault has the capability to produce larger earthquakes than the one seen today, up to magnitude 7.5

The Los Angeles Police Department is on alert, they noted on Twitter that they are aware of the earthquake and will monitor all local systems closely. This includes “earthquake mode” which employs crews from the police department and the fire department to survey areas of the city for damage.

Experts predict that an earthquake of this size is typical about once a year in southern California. However, it has been a few years since a comparably sized earthquake was felt in this area. The last one was in 2014 when La Habra earthquake struck as a magnitude 5.1. 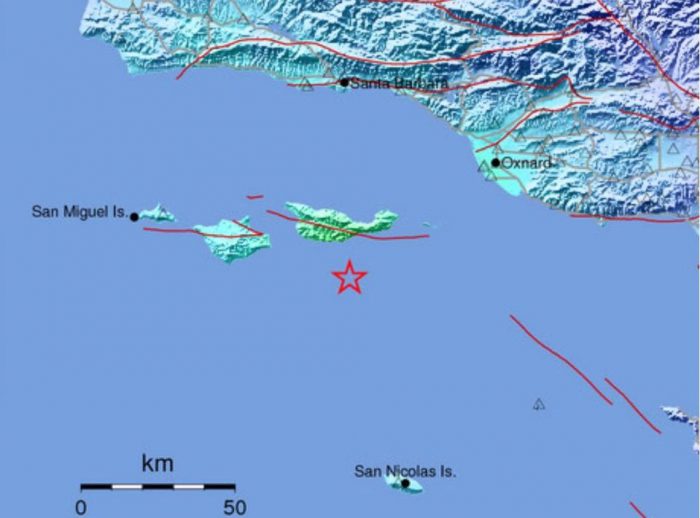 The USGS ShakeMap shows the earthquake that struck off the coast of California on April 5, 2018.

What is certain is that an earthquake of this size is bound to pop up in the near future. However, the continued release of strain on nearby faults through smaller earthquakes is likely a good sign. That could mean there’s less chance of a major earthquake.