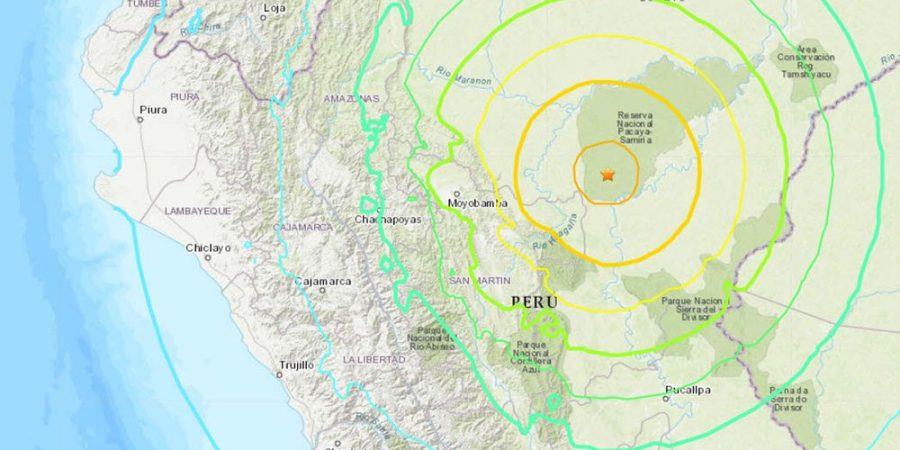 The quake hit at 2:41 a.m. local time, according to the European-Mediterranean Seismological Centre. The U.S. Geological Survey put the epicenter at 75 kilometers (47 miles) south-southeast of the village of Lagunas.

Tremors were moderately felt in the capital of Lima. One person was confirmed dead and dozens of buildings were damaged, according to a Twitter post by Peru’s National Emergency Operations Center (COEN). Authorities are evaluating affected areas, President Martin Vizcarra said in a Twitter post.

The two largest gold companies in the world have mines in the area.

Barrick Gold Corp. has already conducted a visual inspection of the Lagunas Norte open pit mine, which is located about 90 miles (140 km) east of Trujillo, a spokeswoman for CEO Mark Bristow said by phone. While no visible damage to major infrastructure was seen, the miner will be conducting a more in-depth study.

A spokesman for Newmont Goldcorp said he has not heard of any impact at Yanacocha, which is about 500 miles (800 km) northeast of Lima.

Earthquakes are frequent in Peru, which lies on the so-called Pacific Ring of Fire.

— With assistance by Andrea Navarro