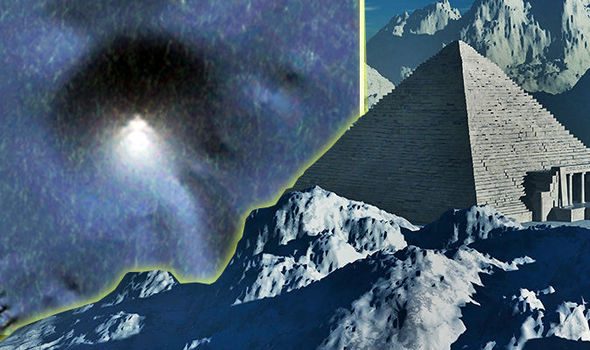 8.5-Mile ‘Pyramid’ Discovered at Bottom of the Pacific Ocean

COULD this bizarre object, described as a giant ancient pyramid and found at the bottom of the sea, be a clue to the site of the mythological City of Atlantis?

The structure, estimated as being between 3.5 and 11 miles across, was spotted on Google Earth in the Pacific Ocean just west of Mexico.

A video about the discovery uploaded to YouTube has drawn vast speculation about what it could be, including an ancient sunken city, a bizarre UFO, or even an alien base.

The “discovery” was made by Argentinian Marcelo Igazusta.

He says in a video about the find it is an alien UFO left underwater.

The video commentary described it has being “an intense light in the Pacific Ocean” of 3.5 miles in length, with a shape similar to a plane.

Scott C Waring, an alien conspiracy theorist, said: “It is a perfect pyramid that measures over 8.5 miles across one side of its base. Thats a conservative estimate, it could be up to 11 miles across.”

He suggested it could symbolise an ancient civilisation, or even something alien. 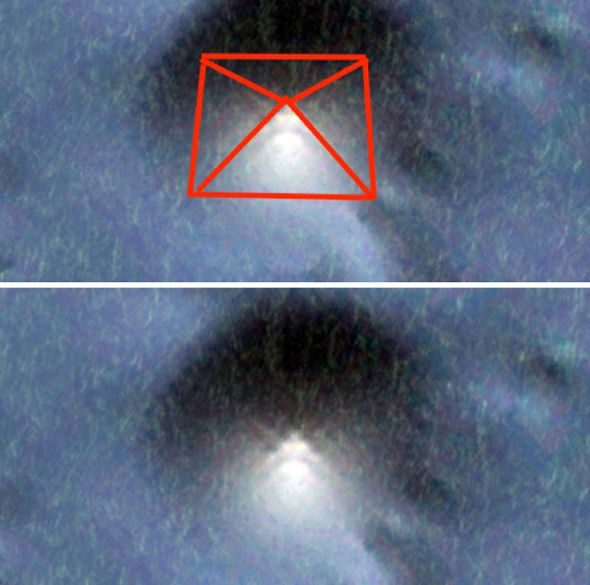 Some believe it could be an undersea ancient pyramid or even connected to aliens.

He said: ”Even if this is not a UFO that landed in the ocean that was being used as an alien base, it still is a monumental discovery.

“A 8.5 mile pyramid…biggest the world has ever known, and it’s right off of Mexico, near the ancient Mayan and Aztec pyramids.”

He said: “Humans could never have built such a construction. Only aliens could accomplish making such a massive structure.”

Viewers of the video have said it could be the site of an ancient submerged city or even Atlantis.

Simon Clark posted that it should be investigated to see exactly what it is.

But another poster pointed out there was no evidence it was anything more than an undersea mountain.

He said: “I don’t understand why you’re calling this a UFO? It is unidentified, yes (though most likely just the mountains of the sea floor) but it’s not flying, so not a UFO.”

The fabled Atlantis is an Ancient Greek myth – the name means Island of Atlas – and was first mentioned by the philosopher Plato.

The Atlantis military attempt to storm Ancient Athens but despite overwhelming odds the Atheneans repel them.

The allegory is supposed to suggest that the power of the organised democratic state will beat the power of a tyrannical system – the basic theme of his later work The Republic.

Atlantis and its inhabitants incur the wrath of the gods for the attack and the whole lot is submerged by the ocean, giving rise to the myth.