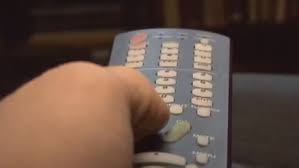 This morning CNN reported that a Muslim cab driver was shot by a passenger in Pittsburg and I think that this type of behavior is going to increase as more and more crimes are committed by radical Muslims.

CNN is still talking about Donald Trumps statement about the Muslims celebrating 911 and it is obvious that CNN does not like Donald Trump.  The reporter Carol Costello asked Donald Trumps spokeswoman Katrina Pierson a question and as she tries to answer Carol continually interrupts her,  she really needs to shut up and allow these guests to speak.

As I sit here writing this article on Wednesday 2nd December in the early evening CNN reported multiple gun shots at the Inland Regional Centre in San Bernardino according to the report there were possibly three assailants with automatic weapons leaving fourteen people dead and seventeen wounded.  I kept watching and the police located the get away vehicle and it looked like they shot two and were chasing a third around a residential area, but turns out there were only two.  Another act of cowardice shooting innocent people by Muslims, when are we going to learn.  I think that all weapons owned by Muslims should be confiscated even though this is against the constitution, the government needs to stop making excuses for these people. This guy who killed those people lived and worked in San Bernardino for five years so he was like a sleeper ready to strike, how many more of these sleepers are there.

After watching the aerial videos of the site, I noticed there were no ambulances and usually the news people would pan in on injured people being removed from the building, but nothing shown.  They search this married couples home and garage and found at least twelve pipe bombs, tons of ammunition, hard drive removed from a computer.  Why would they leave these pipe bombs because they must have known they would not make it home alive.  According to the news this married couple were self radicalized then why destroy a hard drive unless you wanted to delete communications with ISIS or what ever terrorist group they supported.  I have not heard that ISIS is claiming responsibility for this attack, things just don’t add up.  If you figure out the time of the shooting and where the police caught site of the get away vehicle at least fifteen minutes had passed and they only made it one mile away, what were they doing for all that time.  It almost seems like this was staged because I know I can put a lot of distance from the crime scene in that time period.

I then saw footage from a persons cell phone who was being escorted out of the building who did not know if the shooter was still there, now if that were me I would be concentrating on getting out and I would not have thought to pull out my cell phone and record this.  The police had asked everyone to keep their hands in the air so what was this person doing reaching into his pocket for his or her cell phone. There was no mention or interview with this person who had recorded this.

Should Britain join in the bombing of Syria?
Now there is a big debate in the UK and Germany to whether these countries should join in with air strikes and after ten hours they approved these air strikes over Syria and in my opinion it’s the only way to get rid of ISIS is for all the western countries to band together it is obvious that Syria is a safe haven for these terrorists and while we are at it we should overthrow Bashar al-Assad.  See the link below which gives you more info about him.

Smart Bombs
Now the US is concerned that ISIS may get a smart bomb and use it in the States which would render them helpless as the smart bomb would knock out the electric grid and render all electronics useless.  This means no computers, cell phones, banks would have to close as well as all businesses including grocery stores, no trucks to make deliveries, we would be back in the dark ages.  So my point is the US government better not flounder taking action or it could cost them everything.  I am beside myself as to how long it is taking these countries to take action and wasting time debating whether they should put boots on the ground or not, I think it is a no brainer, go get the them and wipe out this threat once a for all.
The only reason I can think of why these countries are holding back is that fact they want the terrorist to do damage in these countries so they can do the same as France which is to declare Marshall law.

I live in Southern Ontario and usually this time of year we are knee deep in snow but here we have had none and we have people riding motorcycles on December 2nd which is unheard of for this time of year.  Something has to be affecting the climate and I don’t believe it is global warming either.  However I am sure we will get something but when is the question.

Worst Floods in a 100 years in India

People in India clinging for life on tree branches, airport closed because of flooding, city main streets impassable.  Although this was reported by CNN on the web it only got a five second mention on the TV broadcast, probably not important or big enough to send there reporters to do a story.  See link below
http://www.cnn.com/2015/12/03/asia/india-floods-chennai/

Italy
Mount Etna erupting again, report from the BBC, again did not make big news here probably not important enough once again because why would they let you know all this bad stuff going on around the world just so you don’t become curious.  After all, want you can’t see won’t hurt you just like Planet X.

DDD signing off and keep your eyes in the skies and make sure you have a life jacket.

(Interested in being considered as guest writer for our site, why not CONTACT US and let us know, we would be glad to consider you for a guest writing opportunity.)