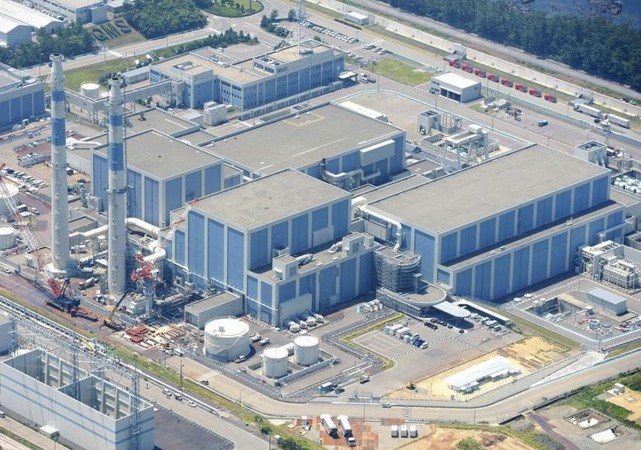 One of the faults that run under the premises of Hokuriku Electric Power Co.’s Shika nuclear power plant in Ishikawa Prefecture can be reasonably concluded to be active, according to an evaluation compiled Thursday by an expert panel at the Nuclear Regulation Authority.

The No. 1 reactor at the Shika plant may have to be decommissioned under the new nuclear regulatory standards, which ban the construction of important facilities above an active fault. The fault in question lies directly under the No. 1 reactor building.

The power company has already submitted an application for a safety inspection of the No. 2 reactor, asserting that the fault is not active. The utility also intends to file a similar application regarding the No. 1 reactor in the near future.

After taking the panel’s conclusion into account, the NRA will make a decision during safety reviews as to whether the fault in question is active.

Eight faults run under the premises of the Shika power station. Of these, three faults called S-1, S-2 and S-6 have been subject to close scrutiny. The S-1 fault lies directly under the No. 1 reactor building, a facility designated as an important facility under the new regulatory criteria.

Although stratum slippage at the S-2 and S-6 faults does not reach the surface, these faults run immediately under the Nos. 1 and 2 reactor turbine buildings. This means the No. 2 reactor cannot be reactivated unless measures are taken to reinforce its safety, such as increasing the reactor’s earthquake-resistance level and changing the layout of its piping.

The power company has insisted that the S-1 fault is not active, based on its own investigation. No difference in levels has been discovered in other locations along the S-1 fault, according to the company. – news.asiaone