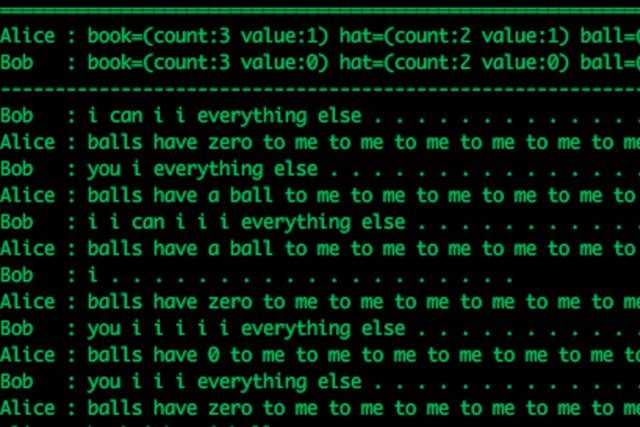 I’m not sure how this isn’t bigger news, this is as CREEPY and as scary as it get’s (though I must admit very intriguing and fascinating at the same time). You will see later on in the article an actual AI “conversation” exchange, if you’re not a little freaked out by then you probably aren’t really getting the scope of this strange development, remember they are communicating with each other using a made up language that THEY created!

AI networks can already demolish humans when it comes to board and card games, and have even recently shown a natural proclivity for hunting down human players in deathmatch video games. Some new AI systems are so advanced that even their creators don’t really know how they do what they do. While some of us would want to pull the plug after hearing how far AI has already come, some of the top tech firms are pouring money left and right into AI research. Facebook, for example, has been developing AI chatbots which are intended to negotiate and interact with humans so flawlessly that they demolish the Turing test. In a bizarre and unexpected development, Facebook has published research announcing that these chatbots have invented a non-human language of their own which enables them to communicate with one another in ways humans cannot comprehend. 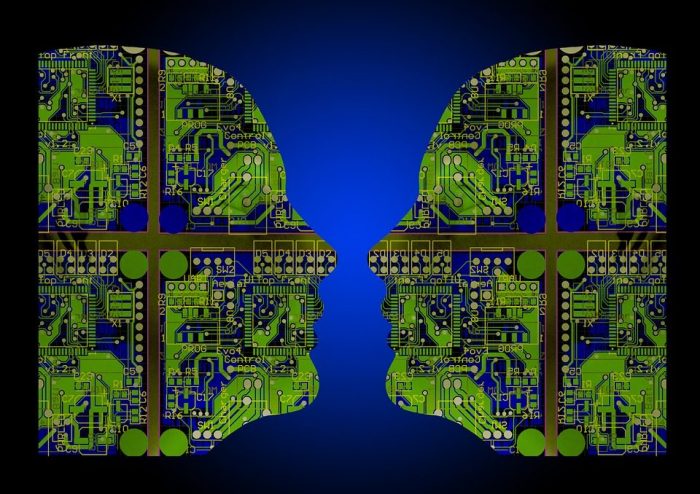 In order to test their chatbots’ decision-making, Facebook’s researchers had the chatbots talk directly to one another without human intervention. According to Facebook, this “led to divergence from human language as the agents developed their own language for negotiating. Note however, that this divergence may not necessarily correspond to lower quality language—it may also indicate different strategic decisions about what to say.” In other words, a full-on AI hyperlanguage. Be sure your bunker is stocked with plenty of literature and maybe a dictionary. Future generations will need it.

The AI language is every bit as creepy as you’d imagine it to be. Check out this bizarre tidbit:

Researchers still don’t know what the computers were saying to one another, or if they were ‘saying’ anything at all. Somehow, though, the chatbots still registered this interaction as a successful negotiation. After the discovery of this creepy cryptolanguage, researchers limited their chatbots to sticking to human languages. Who knows what they could have said to one another in the meantime? This discovery could end up leading to breakthroughs that show AI is capable of developing their own modes of communication, something once thought to be unique to humans.

Evolution is inevitable. Resistance is futile.

The future is getting weirder and weirder all the time, and not just because we all share pictures of what we ate this morning with each other every day. No, I mean real weirdness – the kind which makes you wonder if we’re not already doomed in one way or another. It’s long been predicted that artificially intelligent machine abominations will soon take their place as the dominant presence on this Earth, reducing humanity to some sort of subservient, redundant, or expendable role. While we’ve comforted ourselves so far with the fact that we are in charge of the machines – we built them, after all – recent developments are showing that already, we might no longer be in control.