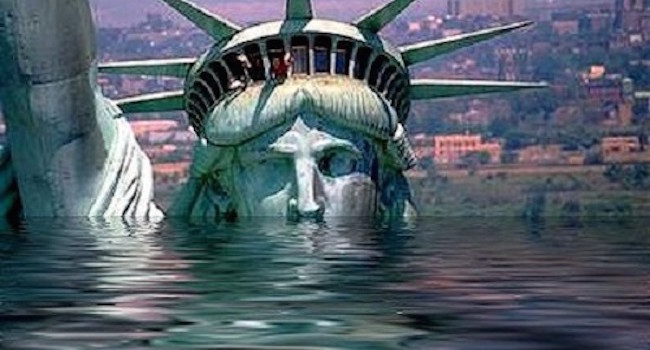 America as a major superpower will soon become history.

CitiGroup report is centered around the idea that “Pax Americana” (a state of relative international peace regarded as overseen by the US) is in its final death throes.

“Pax Americana” is the term often used to define the (previously) current geopolitical order. That the general peace and stability of the Post-WWII world is due to America’s dominant economic and political power, backed up by its huge military.

Citi says that the Pax Americana era is over, and that the future holds nothing but uncertainty, chaos, and instability.

The report states the following:

2016 has begun, as 2015 ended, amid a significant worsening of the global political climate and along with that, considerable volatility in financial markets. Investors and businesses are increasingly aware of the need to understand the drivers and the implications of a greater level of event risk exacerbated by shifting social patterns.

In our view, political and business leaders will need to be more attuned to the new shape of global political risk, a paradigm shift that means that previous policies will fail to keep pace and uncertainty will remain high, with the potential to interact in unexpected ways. Among the key implications of this more fragile and interconnected risk outlook is that so-called Black Swan events — in this case, geopolitical events producing instability spanning several orders of magnitude — may be both more likely and more difficult for leaders and global financial institutions to resolve.

Over the long-term, failure to devise policies to address middle class anxiety and declining living standards increases the likelihood that Vox Populi risk — including mass protests and government collapses — could move from being episodically disruptive to systemic, undermining globalization in the process. And we are deeply concerned that the political capital necessary to stem the refugee crisis and terrorist threat, perhaps best-characterized as the collision between previous foreign policy failures and current governance capacity, exceeds that available to government leaders, who have relied upon central banks to manage the lion’s share of global crises over the past several years. 2016 could be a very political year for markets.