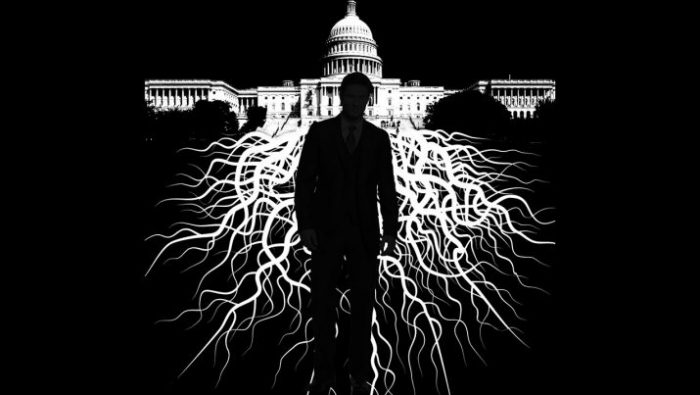 Although most Americans are unfamiliar with the term ‘Deep State,’ according to recent polling they are nevertheless skeptical of unelected government and military officials who secretly manipulate or direct national policy

“Public Troubled by Deep State” is the headline that the Monmouth University Polling Institute tags to its recent poll. Acknowledging that polling about the term “Deep State” is problematic because “few Americans (13%) are very familiar with the term ‘Deep State,'” the pollsters at Monmouth defined the term as follows for their interviewees: “The term Deep State refers to the possible existence of a group of unelected government and military officials who secretly manipulate or direct national policy.”

Then they asked whether such a group exists.

Monmouth reports the results as follows: “Nearly 3-in-4 (74%) say they believe this type of apparatus exists in Washington. This includes 27% who say it definitely exists and 47% who say it probably exists. Only 1-in-5 say it does not exist (16% probably not and 5% definitely not).”

These opinions do not follow a partisan divide. The report explains that belief in the Deep State’s existence “comes from more than 7-in-10 Americans in each partisan group, although Republicans (31%) and independents (33%) are somewhat more likely than Democrats (19%) to say that the Deep State definitely exists.”

This leads the director of the independent Monmouth University Polling Institute, Patrick Murray, to volunteer: “We usually expect opinions on the operation of government to shift depending on which party is in charge. But there’s an ominous feeling by Democrats and Republicans alike that a ‘Deep State’ of unelected operatives are pulling the levers of power.”

In addition, there are some significant but not drastic racial and ethnic differences on this question. Says the report, “Americans of black, Latino and Asian backgrounds (35%) are more likely than non-Hispanic whites (23%) to say that the Deep State definitely exists.”

The report also asked about government surveillance of the citizenry and here again there is widespread concern: Fully 8-in-10 believe that the U.S. government currently monitors or spies on the activities of American citizens, including a majority (53%) who say this activity is widespread and another 29% who say such monitoring happens but is not widespread. Just 14% say this monitoring does not happen at all. There are no substantial partisan differences in these results.

This too causes the director of the Institute to be concerned. “This is a worrisome finding. The strength of our government relies on public faith in protecting our freedoms, which is not particularly robust. And it’s not a Democratic or Republican issue. These concerns span the political spectrum,” says director Murray.

We can add to the concern about a manipulative unelected apparatus at work in the government the widespread distrust of the press summarized in this recent Gallup/Knight poll:

“*Less than half of Americans, 44%, say they can think of a news source that reports the news objectively.

“*On a multiple-item media trust scale with scores ranging from a low of zero to a high of 100, the average American scores a 37.”

This paints a pretty grim picture of trust in both our government and our media. Perhaps “Deep Media” should be a term added to “Deep State.”

But perhaps it is cause for optimism. It seems that people are waking up and thinking for themselves. This is, perhaps, good news for those who are trying to end U.S. wars being ginned up by the Deep State.

John V. Walsh can be reached at [email protected]