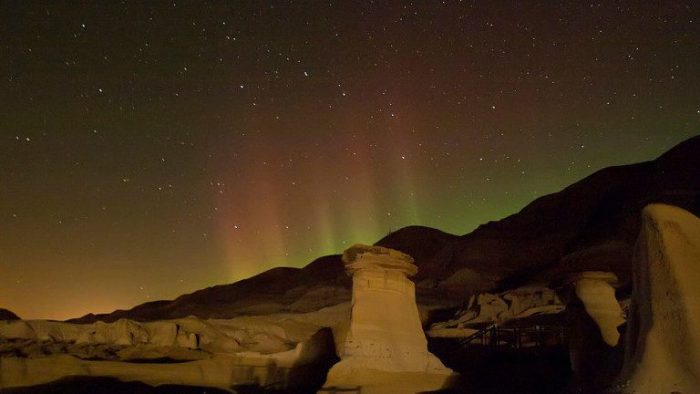 Ancient Assyrian Tablets May Have Noted a Massive Solar Storm

Scientists report that they may have found the earliest written record of a solar storm in ancient Assyrian tablets.

Recent analyses have found evidence of an extreme solar storm that left energetic particles in tree rings and ice cores across the world sometime around 660 BCE.

With this in mind, a research team in Japan and the United Kingdom wondered if they’d be able to find evidence of this storm in ancient astrological records — and they may have found something in Assyrian tablets.

Back in the 19th century, archaeologists uncovered thousands of tablets dating back to the Assyrian empire in Mesopotamia, which documented treaties, stories, including the now-famous epic of Gilgamesh, and astrological reports. These reports included observations of the planets, phenomena like comets and meteorites, and of course, predictions of omens.

The researchers (today’s researchers) scanned through a collection of these astrological reports in search of auroral-type events, which they define as “reddish luminous phenomena in the sky” and are caused by the Sun’s particles interacting with the atmosphere. Many of the reports weren’t dated, but the researchers could at least produce date ranges based on the astrologer who wrote the report.

They found three reports that seemed to mention auroral phenomena: one reporting a “red glow,” another a “red cloud,” and a third reporting that “red cover[ed] the sky,” according to the paper published in The Astrophysical Journal Letters.

The records correlate with date ranges of 679 BCE to 655 BCE, 677 BCE to 666 BCE, and 679 BCE to 670 BCE, respectively. Assyria might seem too far south to view the aurora, being at approximately the same latitude as North Carolina, but past research shows that the North magnetic pole was much closer to the Middle East in the 7th century BCE (and especially strong solar storms can cause the aurora to move south).

These records seem to correspond to tree ring data and ice core data showing quick increases in radioactive elements associated with solar activity during this time. Obviously they’re just correlations — but perhaps these tablets are the earliest-yet records of intense auroral activity.

The ice core and tree ring data suggest that the 660 BCE storm would have been quite powerful. A blast of particles following a solar flare could have even punched a hole in the ozone layer. It’s one of the strongest candidate solar proton events on record, alongside similar-looking events from 775 CE and a weaker event around 993 CE.

Scientists hope to better understand and eventually be able to predict these storms, since they’d wreak havoc on our electrical infrastructure. And if you’re an ancient Assyrian, surely a red cloud would be a bad, bad omen.