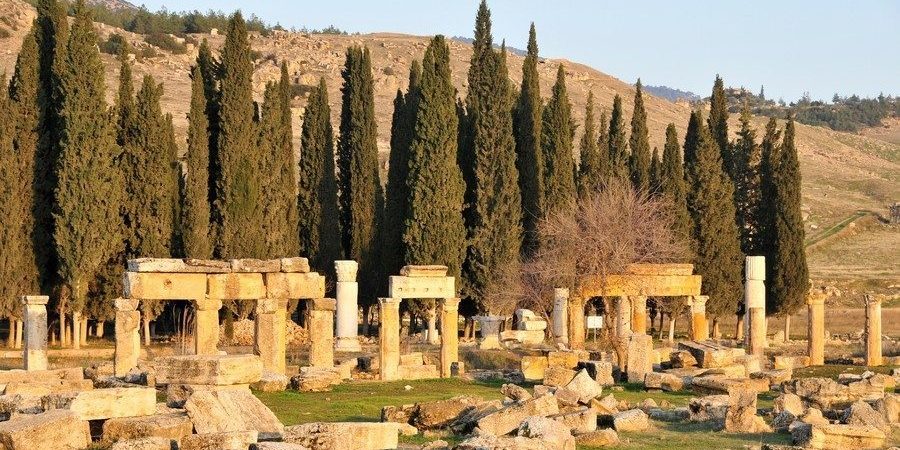 Scientists studying an ancient site in Turkey, once thought to be a gate to hell, have found that the deaths recounted at the stone grotto in historical texts were most likely caused by noxious natural gas.

The Ploutonion at Hierapolis, or Hades’ Gate – said to contain the deathly breath of the Greek god of the underworld – is located in modern day Denizli, Turkey.

Its existence was confirmed in 2013 by Italian archaeologist Francesco D’Andria. Now researchers have found that the Roman-Greco grotto in the ancient ruins of Hierapolis emits concentrated levels of CO2, perhaps giving a scientific reason for unexplained fatalities at the site.

Published in the journal Archaeological and Anthropological Sciences, the study was lead by professor Hardy Pfanz of the University of Duisberg-Essen, Germany.

“In a grotto below the temple of Pluto, CO2 was found to be at deadly concentrations of up to 91%,” the study reveals.

“Astonishingly, these vapors are still emitted in concentrations that nowadays kill insects, birds and mammals.”

The reason for the gas emission is due to seismic activity, with the cave reportedly situated above the Babadag fault line.

Greek geographer Strabo once recounted around 17AD how he witnessed animals being sacrificed in the cave, which was so full of vapor that “one can scarcely see the ground.”

“Now to those who approach… anywhere around the enclosure the air is harmless, since the outside is free from that vapor in calm weather… but any animal that passes inside meets instant death,” he wrote.

“At any rate, bulls that are led into it fall and are dragged out dead,” he added.