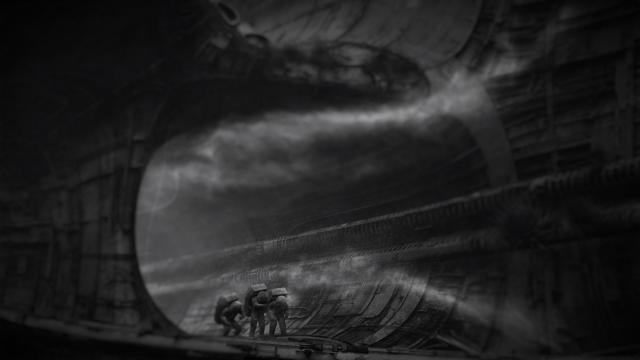 Another fascinating video from YouTube tells a fascinating story. According to the video posted online, the alleged footage was filmed in 1969 by Neil Armstrong and shows ancient ‘alien’ structures on the surface of the moon.

Earth’s moon has been the center of attention ever since mankind looked up to the sky. Ever since the Apollo missions landed on the lunar surface, interest n the moon increased exponentially.

According to many ufologists and researchers, there are things on the moon that have been kept away from society for years. Now, this video posted on YouTube allegedly reveals some of these shocking secrets that were found by Apollo astronauts on the lunar surface.

Many people around the globe argue that it isn’t a question anymore whether or not there are mysterious ‘Alien’ structures on the moon. This video, according to many is the ultimate proof.

But in addition to this video, in the last couple of years, many scientists, astronauts and highly ranked officials have spoken out about anomalous structures and the presence of otherworldly beings on the surface of the moon.

“Read the books, read the lore, start to understand what has really been going on, because there is no doubt that we are being visited. . . . The universe that we live in is much more wondrous, exciting, complex and far-reaching than we were ever able to know up to this point in time. . . . [Mankind has long wondered if we’re] alone in the universe. [But] only in our period do we really have evidence. No, we’re not alone.” – Dr. Edgar Mitchell, ScD., former NASA astronaut and the 6th man to walk on the moon.

Whether or not this video is real or not remains a mystery that we are unable to answer. However, many people believe that Apollo astronauts encountered numerous Alien structures on the moon when the Apollo 11 mission landed on the 20th of July, 1969. To date, the United States is the only country to have successfully conducted manned missions to the Moon, with the last departing the lunar surface in December 1972.

In addition to this video –and other images and video footage— numerous claims about alien structures on the moon have captured the interest of millions of people worldwide.

Interestingly, Dr. John Brandenburg who was the Deputy Manager of the Clementine Mission to the Moon –when water was found at the Moon’s poles in 1994— said that:

“It was (the Clementine Mission) a photo reconnaissance mission basically to check out if someone was building bases on the moon that we didn’t know about. Were they expanding them?”

“Of all the pictures I’ve seen from the moon that show possible structures, the most impressive is a picture of miles wide recto-linear structure. This looked unmistakably artificial, and it shouldn’t be there. As somebody in the space defense community, I look on any such structure on the moon with great concern because it isn’t ours, there’s no way we could have built such a thing. It means someone else is up there.”

Whether or not this fascinating video –which we are unable to verify— is real or not is up to you as always.

We believe its is extremely interesting that in the last couple of years, so many astronauts, scientists, and highly ranked officials have decided to speak about the Extraterrestrial phenomenon and alleged structures found on the surface of Earth’s moon.