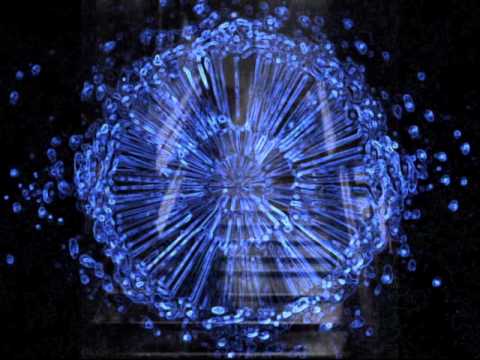 People often ask, “What exactly is the Hutchison Effect?”
This brief essay is an attempt to answer that question to the satisfaction of the majority.

The Hutchison Effect occurs as the result of radio wave interferences in a zone of spatial volume encompassed by high voltage sources, usually a Van de Graff generator, and two or more Tesla coils.

The effects produced include levitation of heavy objects, fusion of dissimilar materials such as metal and wood (exactly as portrayed in the movie, “The Philadelphia Experiment”), the anomalous heating of metals without burning adjacent material, spontaneous fracturing of metals (which separate by sliding in a sideways fashion), and both temporary and permanent changes in the crystalline structure and physical properties of metals.

The levitation of heavy objects by the Hutchison Effect is not—repeat not—the result of simple electrostatic or electromagnetic levitation. Claims that these forces alone can explain the phenomenon are patently ridiculous, and easily disproved by merely trying to use such methods to duplicate what the Hutchison Effect has achieved, which has been well documented both on film and videotape, and has been witnessed many times by numerous credentialed scientists and engineers. Challengers should note that their apparatus must be limited to the use of 75 Watts of power from a 120 Volt AC outlet, as that is all that is used by Hutchison’s apparatus to levitate a 60-pound cannon ball.

The fusion of dissimilar materials, which is exceedingly remarkable, indicates clearly that the Hutchison Effect has a powerful influence on Van der Waals forces. In a striking and baffling contradiction, dissimilar substances can simply “come together,” yet the individual substances do not dissociate. A block of wood can simply “sink into” a metal bar, yet neither the metal bar nor the block of wood come apart. Also, there is no evidence of displacement, such as would occur if, for example, one were to sink a stone into a bowl of water.

The anomalous heating of metal without any evidence of burning or scorching of the adjacent materials (usually wood) is a clear indication that possibly the nature of heat may not be completely understood. This has far-reaching implications for thermodynamics, which hinges entirely on the presumption of such knowledge. It should be noted that the entirety of thermodynamics is represented by the infrared portion of the electromagnetic spectrum, which is insignificant in a context of 0 Hz to infinite Hz. The anomalous heating exhibited by the Hutchison Effect shows plainly that we have much to learn, especially where thermodynamics and electromagnetism meet.

The spontaneous fracturing of metals, as occurs with the Hutchison Effect, is unique for two reasons: (1) there is no evidence of an “external force” causing the fracturing, and (2) the method by which the metal separates involves a sliding motion in a sideways direction, horizontally. The metal simply comes apart.

Some temporary changes in the crystalline structure and physical properties of metals are somewhat reminiscent of the “spoon bending” of Uri Geller, except that there is no one near the metal samples when the changes take place. One video shows a spoon flapping up and down like a limp rag in a stiff breeze. In the case of permanent changes, a metal bar will be hard at one end, like steel, and soft at the other end, like powdered lead. Again, this is evidence of strong influence on Van der Waals forces.

The radio wave interferences involved in producing these effects are produced from as many as four and five different radio sources, all operating at low power. However, the zone in which the interferences take place is stressed by hundreds of kilovolts.

It is surmised by some researchers that what Hutchison has done is tap into the Zero Point Energy. This energy gets its name from the fact that it is evidenced by oscillations at zero degrees Kelvin, where supposedly all activity in an atom ceases. The energy is associated with the spontaneous emission and annihilation of electrons and positrons coming from what is called “the quantum vacuum.” The density of the energy contained in the quantum vacuum is estimated by some at ten to the thirteenth Joules per cubic centimeter, which is reportedly sufficient to boil off the Earth’s oceans in a matter of moments.

Given access to such energies, it is small wonder that the Hutchison Effect produces such bizarre phenomena. At the present time, the phenomena are difficult to reproduce with any regularity. The focus for the future, then, is first to increase the frequency of occurence of the effects, then to achieve some degree of precision in their control.

The work is continuing at this time. Before long, we shall see what progress can be made.