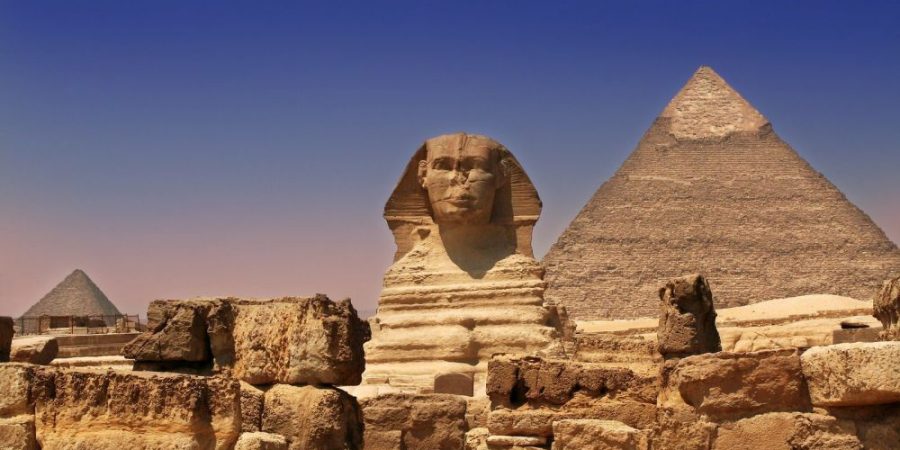 Very little is known about Neolithic Egypt, the precursor to the subsequent civilisation of Pyramids and Pharaohs we all know today. The often-inaccessible sites conceal their mysteries, lying beneath the Nile’s former flood plain or in outlying deserts.

An international group of scientists has reported the discovery of burial sites that date back to an ancient culture that existed in the Libyan desert and enabled the rise of ancient Egypt, publishing some of their findings in the African Archaeological Review.

While many of us tend to associate pre-Hellenic Egypt exclusively with the pharaohs and pyramids of the Dynastic period, there was a Neolithic civilisation that predated it.

Members of the Combined Prehistoric Expedition, with permission from Egypt’s Supreme Council of Antiquities (SCA), studied burial sites focusing on the Final Neolithic (4,600-4,000 BC), which was built on the success of the Late Neolithic (5,500-4,650 BC) and lying along the former shores of an extinct seasonal lake near a place called Gebel Ramlah.

In “Gebel Ramlah—a Unique Newborns’ Cemetery of the Neolithic Sahara”, the researchers offer important insights into the mysterious ways of life of the ancient peoples.

At that time, the climate in the desert was more humid than today, which allowed ancient farmers to populate the area. This culture was characterised by the cultivation of livestock and the creation of megalithic structures, shrines and even calendar circles resembling Stonehenge.

During the final part of the Neolithic period, people started burying their dead in formal cemeteries. The skeletons provide telltale information about their health, relationships, diet and even psychological experiences.

In 2001-2003 the archaeologists excavated three cemeteries from this era, uncovering and studying 68 skeletons and the artefacts left in the graves: elaborate cosmetic tools for women, stone weapons for men, as well as ornamental pottery, sea shells, stone and ostrich eggshell jewellery.

Researchers found that these people had a low level infant mortality, high growth, and a relatively long life expectancy (40-50 years).

In 2009-2016, two more cemeteries were discovered with 130 skeletons and a small number of artifacts. According to the results of the analysis, these people were short, there was a high degree of infant mortality and they had a short life expectancy.

Pondering the reasons for the tremendous differences in the burial sites, researchers came up with a number of theories. It’s possible that some sites were intended for people of high social status, while others were for the working class. This could be the earliest evidence of class stratification in Egypt, claim the experts.

These indicators, taken together with the innovative technological and ceremonial architecture, such as the calendar circles and shrines, imply that these people showed a level of sophistication beyond that of common cattle and sheep/goat herders.
The fascinating finds can be viewed as a precursor of things to come in Ancient Egypt.