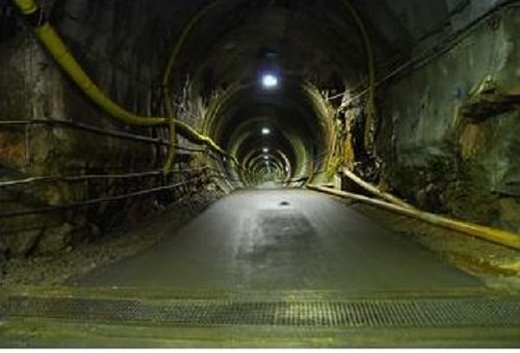 Are Deep, Underground Military Bases Responsible for the Window-Warping Booms in Sonora, California?

For years now, residents of Sonora, California have been hearing a window-shaking loud and so far officially unexplained BOOM! that always happens between 11 a.m. and 2 p.m. daily.

Inquisitr reports that the explanation floating around Sonora from a local geologist/teacher is that an Army Depot in Hawthorne, Nevada, all the way across the state and behind a mountain range which disposes of old munitions like bombs, might be what residents have been hearing.

But do they have so many old bombs to dispose of that they do it daily every single day even on weekends and holidays without fail for years? Why would Sonora, California of all locations near Hawthorne be the seemingly most affected city of all?

Besides, even people who work at the depot aren’t hearing the booms regularly (via ABC News):

Ken Thomas, a contracting officer for the Hawthorne Army Depot, told ABC News today that they do detonate munitions regularly at the depot when the munitions are past their shelf-life, but he is not convinced that it can be heard in Sonora.

“It doesn’t feel right that what we’re doing here would be heard 200 miles away when there’s a mountain range in between us,” Thomas said. “My office is 27 miles from where they detonate the old munitions, I only hear it here maybe one time a month, and just barely and it’s like ‘Was that a boom?'”

On top of that, not only are they clockwork, but these have been described as deep, low booms which can almost be felt by the people who live there. In fact, a friend who lives near Sonora said that sometimes they can actually see their windows warp during the booms.

So what is it? Lots of conspiracies are, of course, floating around including aliens (as per the usual).

But one in particular sounds a lot more plausible than an old weapons depot that’s a three-hour drive from Sonora: DUMBs.

We all know there’s an extensive network of them which has been significantly expanded since 9/11 and the creation of Homeland Security, and we’re all just supposed to put our fingers in our ears and go “la la la” and pretend like they don’t exist.

The tunneling project is a joint venture involving the National Security Agency, CIA, FBI, MiB, Homeland Security & a few other groups that are buried in the Congressional Intelligence Committees with some weird acronyms no one really understands. Much of the info on this comes from private citizens in the county, public officials, as well as Coast to Coast with George Noory & Art Bell. These shows have given incredibly good information on the topic for the last several months, beginning in late 2003…

Kinda like the CIA kept pretending Area 51 didn’t exist for decades until it was finally, quietly admitted it in 2013.