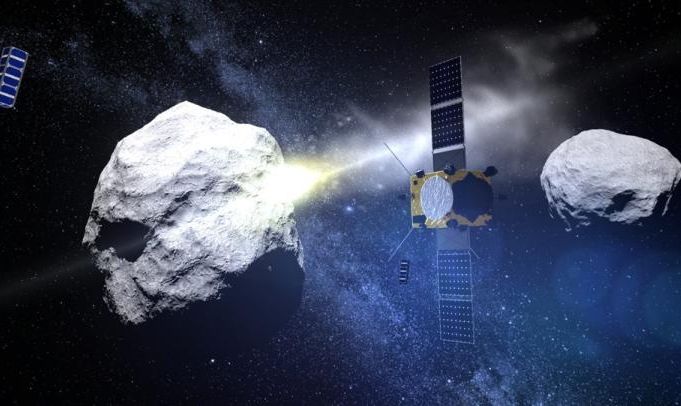 As we see what appears to be an ongoing increase in sightings of meteor fireball, perhaps efforts need to be doubled up.

Two cubesats will be accompanying a joint NASA/ESA mission to slam a test probe in to the side of an asteroid.

The US-led component, known as DART ( Double Asteroid Redirection Test ), will send a small spacecraft to deliberately collide with the moon of a large asteroid known as Didymos.

Europe, meanwhile, was to launch AIM ( Asteroid Impact Mission ), a probe that would travel to the scene of the experiment where it could collect data about the impact as it happens, however this has since been replaced with a less ambitious spacecraft known as Hera.

Hera will arrive several years after the collision has happened and will conduct a full analysis of the impact crater while also trialing a number of novel new technologies such as autonomous navigation.

It now appears as though the probe will also be accompanied by two cubesats – APEX (Asteroid Prospection Explorer) and Juventas – which will both carry out additional surveys.

As things stand, DART is scheduled to launch in 2021 and will impact the asteroid in 2022.

“Carrying added instruments and venturing much closer to our target bodies, they will give different perspectives and complementary investigations on this exotic binary asteroid.”

“They will also give us valuable experience of close proximity operations relayed by the Hera mothercraft in extreme low-gravity conditions. This will be very valuable to many future missions.”