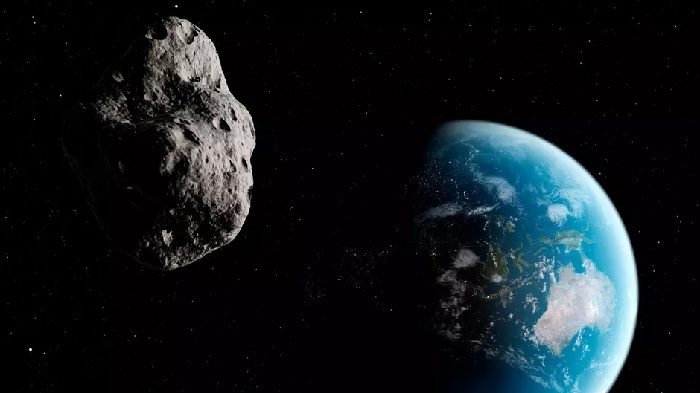 An enormous asteroid bigger than the Empire State building is set to fly safely past Earth in the final days of the Donald Trump presidency.

The space rock—dubbed 65717 (1993 BX3)—is scheduled to make its closest approach to our planet at 3:49 a.m. ET on January 17—three days before President-elect Joe Biden is supposed to be inaugurated—according to NASA’s Center for Near Earth Studies (CNEOS).

At this moment, the asteroid will come within around 4.4 million miles of our planet, which is equivalent to roughly 18 times the average distance between Earth and the moon, CNEOS data shows.

Based on its observable magnitude, the space rock, which was first spotted in 1992, is estimated to measure up to 1,345 feet in diameter.

If this estimate is correct, the asteroid would be slightly larger than the Empire State Building in New York City, which stands at around 1,250 feet high.

According to the CNEOS, the space rock will be traveling at more than 8,000 miles per hour—about four times faster than a rifle bullet.

1993 BX3 is classified as a near-Earth object, or NEO. This term refers to asteroids and comets in orbit around the sun that can pass within 30 million miles of Earth’s own orbit.

There are currently around 25,000 known NEOs, none of which have a significant risk of striking Earth in the next century or so, according to NASA. Asteroids account for the vast majority of this figure, though there are a small handful of comets.

Astronomers say they have identified more than 95 percent of the NEOs measuring more than one kilometer (0.62 miles) in diameter that are thought to exist.

“By continually searching for asteroids, we expect to eventually find the majority of the hundred-meter-scale asteroids over time, as each happens to pass by our planet many years or decades before a possible potential impact,” CNEOS director Paul Chodas previously told Newsweek.

Earlier this month, another enormous asteroid sailed safely past Earth. This space rock, named 2015 NU13, is estimated to measure up to 2,230 feet—almost twice the size of the Empire State.

The asteroid is among the top 10 largest space rocks scheduled to fly past our planet over the next year or so.