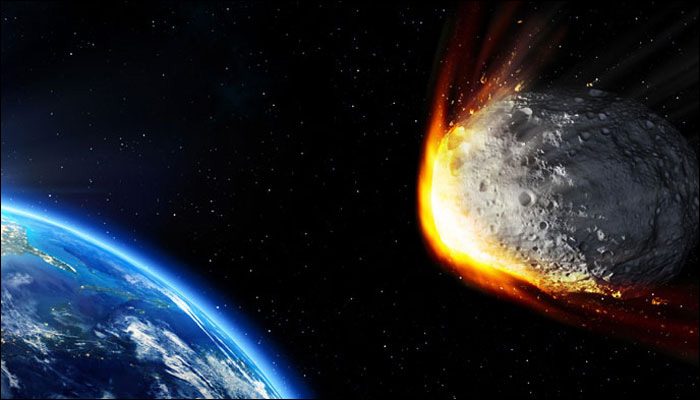 Asteroid that Wiped Out Dinosaurs Contains Cancer Killing Metal, According to Research

Cancer cells can be destroyed using the same metal from the asteroid believed to have caused the dinosaurs’ extinction.

Research by the University of Warwick in the UK and Sun Yat-Sen University in China found the dense metal, iridium, can be used to kill cancer cells by directly targeting them and filling them with a deadly ‘version’ of oxygen.

A rare metal that is found in meteoroids, iridium has been discovered in large amounts within the Earth’s crust from 66 million years ago, prompting the theory that it came from the asteroid that caused the extinction of dinosaurs.

“The precious metal platinum is already used in more than 50 percent of cancer chemotherapies,” Professor Peter Sadler said in a press release. “The potential of other precious metals such as iridium to provide new targeted drugs which attack cancer cells in completely new ways and combat resistance, and which can be used safely with the minimum of side-effects, is now being explored.”

“It’s certainly now time to try to make good medical use of the iridium delivered to us by an asteroid 66 million years ago,” he added.

Scientists created a compound of iridium and organic metal to target cancer cells, which can transfer the energy inside the cell into a singlet oxygen, which is poisonous and kills the cell.

The iridium compound is introduced into the tumor and a laser is shone through the skin to the cancerous area to trigger the process. This hits the light-reacting coating of the compound and the metal then starts to fill the cell with singlet oxygen.

The researchers experimented with a model tumor of lung cancer cells. They targeted the tumor with a red laser, which activated the compound and penetrated and infused into the tumor’s different layers, killing it all.

They also tested the method by applying it to healthy cells, and found it had no effect on them.

The research showed the iridium compound damaged key molecules of the cells, the proteins for glucose metabolism and heat shock stress.

“This project is a leap forward in understanding how these new iridium-based anti-cancer compounds are attacking cancer cells, introducing different mechanisms of action, to get around the resistance issue and tackle cancer from a different angle,” the study’s co-author Cookson Chiu said.

The research was published in the Wiley journal Angewandte Chemie.