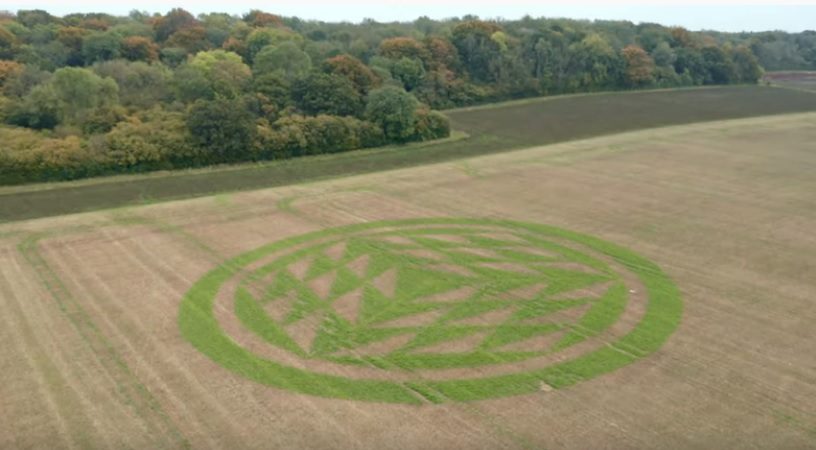 Remarkable aerial footage shows a crop circle that is a completely different color to its surroundings.

While these days crop circles are generally believed to be the work of artists rather than alien visitors, the phenomenon can still generate quite a bit of interest and this latest example is no exception.

This large, intricate formation first appeared in a field near Tichborne, Hampshire on July 16th, 2019 – an evening on which there happened to be a partial lunar eclipse.

What is particularly interesting however is what this same formation looked like three months later.

Footage recorded via drone on October 23rd shows that the circle is not only still visible but appears bright green in stark contrast to the dull autumn tones of the rest of the field it is located in.

The phenomenon has been referred to as a ‘crop circle ghost.’

So why is the pattern such a vivid green color compared to the rest of its surroundings ?

For whatever reason, the grass in the circle appears to have grown at a faster rate.

You can view footage of the phenomenon courtesy of Stonehenge Dronescapes below.

A video showing what it originally looked like back in July can be viewed – here.