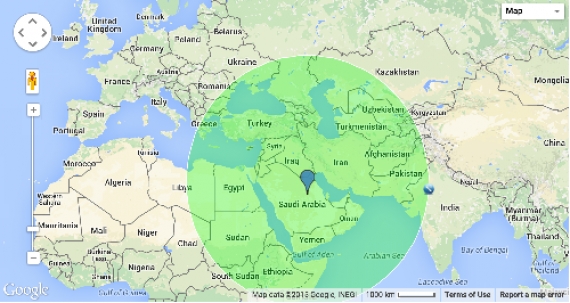 Last week, on “The Hal Turner Show” Mr. Turner told his audience that, based on his years of experience as a National Security Intelligence Asset with the FBI Joint Terrorism Task Force, Saudi Arabia is in possession of nuclear weapons. He also made clear that a CIA asset had (earlier) made this revelation in public, on FOX NEWS CHANNEL, and this revelation was a staggering breach of Classified Information protocols.

Turner went on to say that “the only way a guy from the CIA would reveal such information is if Washington WANTED the information revealed; otherwise the person who exposed the classified material could be criminally prosecuted.”

Given the fact this revelation comes at a time when Syrian and Russian forces, battling Rebels and Terrorists inside Syria, may soon face a massive invading ground force, backed by massive amounts of tanks, the Russians may have to use Tactical (Battlefield) Nuclear Weapons to defend themselves from being over-run. Thus, the release of this information by the CIA on FOX NEWS CHANNEL is actually a THREAT to Russia; don’t use tactical nukes or the Saudis will nuke them back!

Above is a map showing the actual, proven range, of DongFeng Missiles, possessed by Saudi Arabia. These missiles are perfectly capable of carrying nuclear weapons within the range shown. Moreover, as you will see in the video below, the nuclear bombs which the Saudis have, can also be delivered to targets by Saudi F-15 fighter jets; meaning they can be dropped well beyond the range shown on the map above!

We have now obtained the video from FOX NEWS CHANNEL and present it here under the Fair Use Exemption of United States Copyright Law, for news purposes.