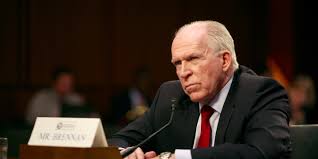 CIA DIRECTOR JOHN BRENNAN said Wednesday that the next president could remove the restrictions President Obama has put on the use of drones overseas — and that the CIA might comply with an order to commit torture.

In April, Brennan told NBC News that the CIA would refuse an order to resume its torture program. But on Wednesday, speaking at a Brookings Institute event, he said he was just speaking on his own behalf.

“If a president were to order, order the agency to carry out waterboarding or something else, it’ll be up to the director of CIA and others within CIA to decide whether or not that, that direction and order is something that they can carry out in good conscience,” he said.

He added that he was personally opposed: “As long as I’m director of CIA, irrespective of what the president says, I’m not going to be the director of CIA who gives that order. They’ll have to find another director.”

Brennan did not acknowledge that Congress last year turned Obama’s anti-torture executive order into law, explicitly banning waterboarding and other forms of torture — and restricting the CIA in particular to interrogation methods listed in the Army Field Manual.