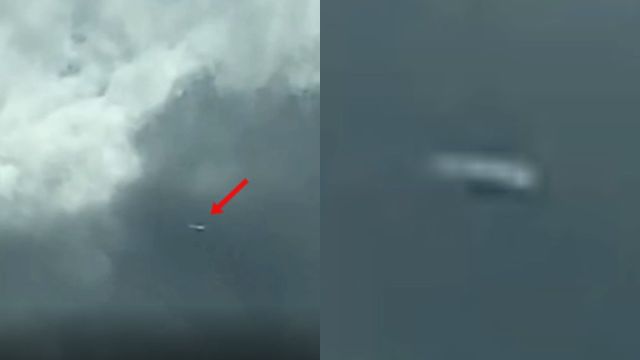 Witness: On November 9, 2020, I was driving from Asheville back to Charlotte. We must have been a bit outside of Asheville in the mountains near Chimney rock on the highway.

While driving a highly reflective object in the sky glinted in my eyes several times and I looked up to see a very large capsule/cigar shaped craft floating just below the cloud line. At first thinking it was a plane (although a large one), we continued to observe it was we drove.

My girlfriend was able to observe more, and was completely taken aback at how round and sleek it was. it was hard to tell if it was a disk shape given our angle and distance.

It was rather hard to capture in video with the same clarity which we saw it. Shortly after my girlfriend started taking the video it almost “wipe-faded” to the same color as the dark bottom of the cloud, or moved into the cloud. It was hard to distinguish a sense of movement from the object before that. It seemed to be fixed in the sky, and the only movement was from us winding around on the highway as we drove.