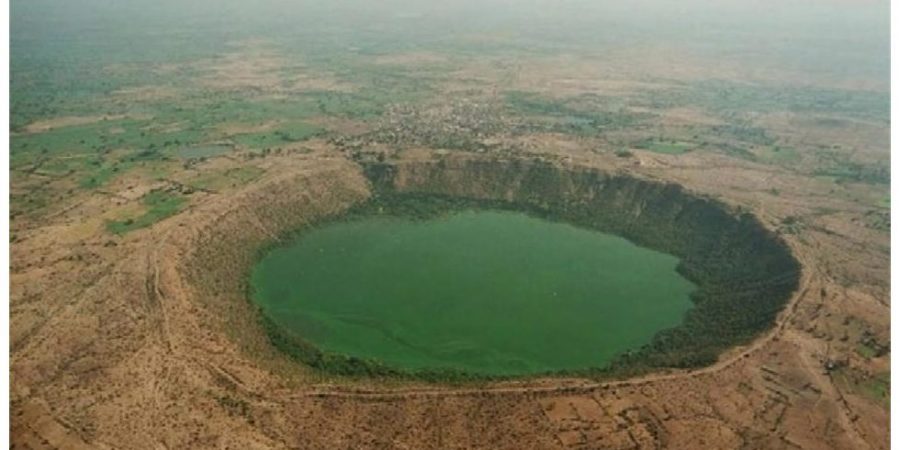 For long the origin of the Ramgarh crater has been a subject of debate among researchers. While some believe that it was caused by ‘meteorite impact’, others are of the view that it evolved from ‘tectonic’ or ‘structural’ activity or ‘magmatism’.

For years the crater – located near Ramgarh village, about 12 km east of Mangrol – has been considered as a ‘meteorite impact’ site, but the theory lacked unambiguous evidence. However, a study by geologist Satyanarayan Rana has found diagnostic evidence of ‘meteorite impact’ at the crater.

Shatter cones are rare geological features and are only known to form in the bedrock beneath meteorite impact craters or underground nuclear explosions. PDFs are also formed by extreme shock compressions on the scale of meteor impacts.

“This regional geological structure has invited the interest of various geologists throughout the world since its discovery and the past five decades have witnessed a number of theories on the origin of this structure, but the issue of origin remained debatable,” the 33-year-old PhD researcher, who started his research in 2013 and he completed it in April this year.

“We have collected shatter cones from the central part of the area (25º 19ˈN :76º 37ˈE), very near to the centrally uplifted region of the Ramgarh structure, which is an ideal location as per the well established and internationally accepted criteria for their presence. Shatter cones have been found in the sandstones, displaying curved surfaces, with sharp striations and exhibit horse-tail like markings,” he said.

“These are uniquely regarded as an evidence for shock metamorphism (alteration in rocks due to very high shock pressure),” added the geologist, who completed his research under the supervision of Professor Vinod Agrawal, ex-chairman, Faculty of Earth Sciences and former dean, College of Science, Mohanlal Sukahdia University, Udaipur.

The evidence found in the research on Ramgarh crater, with a diameter of 2.7 km and at an elevation of more than 200m above the surrounding terrain, indicates its origin due to a meteorite impact.

Rana said that the Ramgarh Crater is not more than 650 million years old. “There is only one opening into the circular structure in Ramgarh, which is the entry route into the crater,” he said.

The study has been conducted as a part of research fellowship funded by the UGC. Rana has presented his research at a national seminar at the MLS University, Udaipur, while it has also been published in research journals too.

The inclusion of the Ramgarh crater in Earth Impact Database (EID) – operated from Planetary and Space Science Centre at the University of New Brunswick, Canada – is still awaited.

The president of the Indian National Trust for Art and Cultural Heritage (INTACH), Baran, Jagdish Kumar Sharma said that once the impact origin is established, the Ramgarh crater should be conserved and declared a geo-heritage site by the government to increase awareness and boost tourism in Baran.

“At present, a famous ancient Shiv temple, Bhanddeora temple, and a water body, Pushkar Sarovar, is located in the midst of the Ramgarh crater,” said Rana.

The Geological Survey of India (GSI) is also examining the prospects for declaring the amazing geographical feature as a national geological monument.