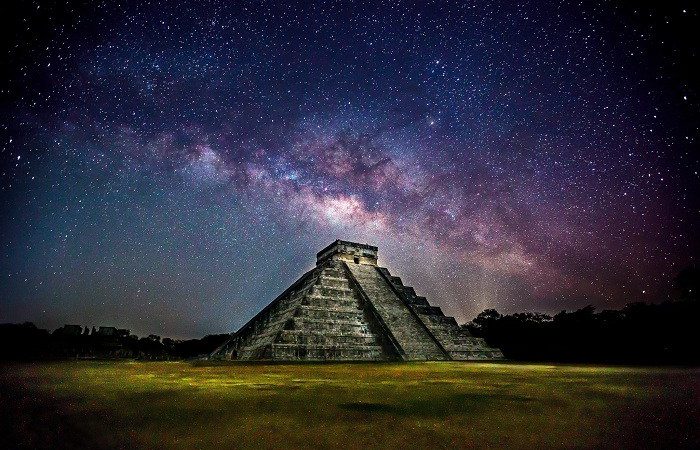 With so many Mayan artifacts seemingly depicting what we today would describe as extraterrestrials or aliens, it gets harder to dismiss them as hoaxes or misinterpretations of Mayan drawings and carvings of conventional objects, animals or people. Get ready for more. Word is spreading about a discovery in March 2017 of jade stones carved with so many realistic engravings of what look like aliens and spaceships that they’re being called “Stones of the First Encounter.” Are they?

As with many of these discoveries, it’s difficult to determine who found the stones first due to language differences and the involvement of parties with television shows or YouTube channels. According to alien-ufo-sightings.com, these jade (jada) stones were found by local residents in a forest cave between Puebla and Veracruz, Mexico, in March 2017. At some point, the stones were either given to or viewed by Javier Lopez Diaz of CincoRadio, who claimed on Twitter that some of the images showed “contact” with beings from other worlds. 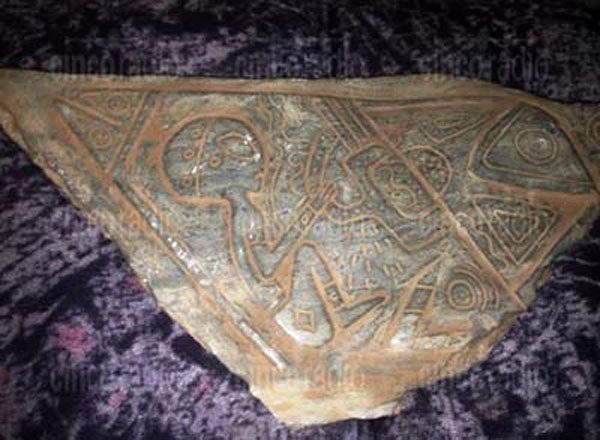 That apparently got the attention of Jose Aguayo at JAC Detector, a YouTube channel described as “searchers of treasure.” Aguayo says he led a team through the jungle where the stones were said to have been found and “by chance” came upon the cave. It was in this cave that they found small thin sheets of gold and broken stones with designs of what look like “a spaceship with a gray alien-like being with an oval object in his hand and a former head of pre-Hispanic culture who apparently has an ear of corn.” It was this group that gave them the name “Stones of the First Encounter” or “Stories of the First Meeting.”

A legend adds some flavor to the discovery. Many locals tell the tale of a spaceship that was trapped in a cave and believe the depictions could either be records of it made by Mayans or messages left by the extraterrestrials. Connect the dots and people like Héctor Pavón, who was on the expedition, say things like this (rough translation):

“They are extraterrestrial ships and more than anything they are teaching us, that aliens had contact with the Mayans, who were actually talking and exchanging.” 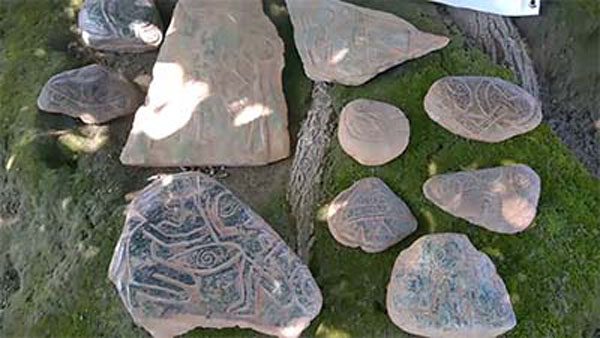 Artifacts discovered in Mexico, whether they look like they show grey aliens and spaceships or not, fall under the jurisdiction of the National Institute of Anthropology and History of Mexico, which casts a skeptical eye on such claims. Jose Aguayo offered them a challenge:

“If at any time the National Institute of Anthropology and History of Mexico decided to take an interest in this discovery and collect the pieces of stones, for both groups of research would be better, because in this way would accept the fact of the existence of the contact With aliens, many of whom have always denied the existence of the evidence. “

Would the experts agree that these stones are conclusive evidence of a “first encounter”? Probably not yet. Some alien remains or metallic fragments of a spaceship would do more to move the needle towards belief than yet another collection of artifacts showing beings with big heads and almond eyes. While they‘re interesting, controversial and puzzling, they’re not unequivocal proof.