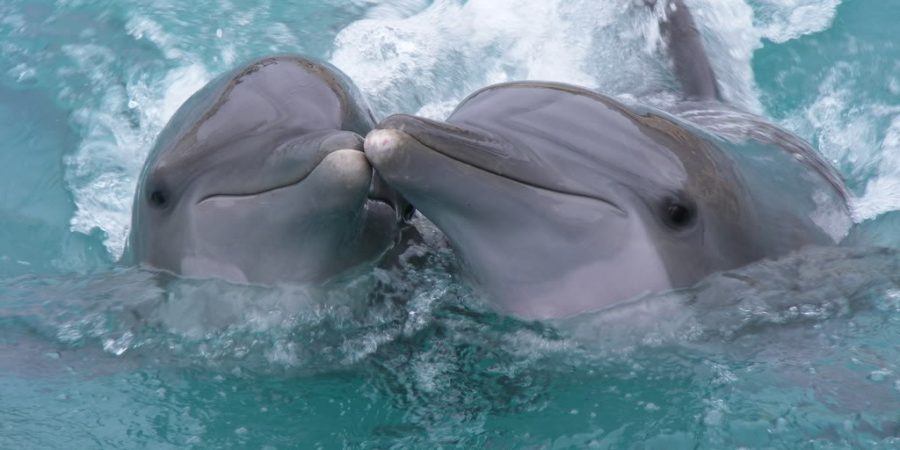 Two dolphins have been recorded having a conversation for the first time after scientists developed an underwater microphone which could distinguish the animals’ different “voices”.

Researchers have known for decades that the mammals had an advanced form of communication, using distinctive clicks and whistles to show they are excited, happy, stressed or separated from the group.

But scientists have now shown that dolphins alter the volume and frequency of pulsed clicks to form individual “words” which they string together into sentences in much the same way that humans speak.

Researchers at the Karadag Nature Reserve, in Feodosia, Ukraine, recorded two Black Sea bottlenose dolphins, called Yasha and Yana, talking to each other in a pool. They found that each dolphin would listen to a sentence of pulses without interruption, before replying. 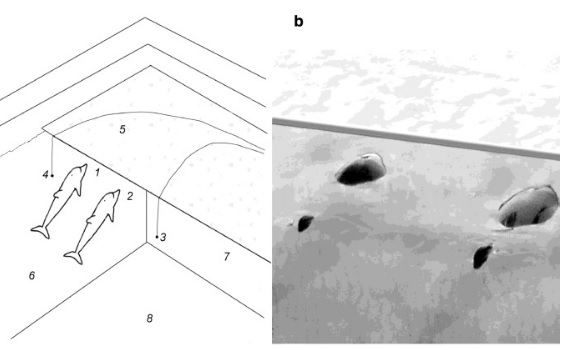 A graphic showing Yasha and Yana ‘chatting’ in their pool

“Each pulse that is produced by dolphins is different from another by its appearance in the time domain and by the set of spectral components in the frequency domain.

“In this regard, we can assume that each pulse represents a phoneme or a word of the dolphin’s spoken language.

“The analysis of numerous pulses registered in our experiments showed that the dolphins took turns in producing [sentences] and did not interrupt each other, which gives reason to believe that each of the dolphins listened to the other’s pulses before producing its own.

“This language exhibits all the design features present in the human spoken language, this indicates a high level of intelligence and consciousness in dolphins, and their language can be ostensibly considered a highly developed spoken language, akin to the human language.”

Dolphins have possessed brains that are larger and more complex than human ones for more than 25 million years.

The researchers found that Yasha and Yana could create sentences of up to five “words”, but the scientists still do not understand the content.

Dr Ryabov said it was now beyond doubt that dolphins speak their own language and it is time to start studying how to communicate directly with them.

“Humans must take the first step to establish relationships with the first intelligent inhabitants of the planet Earth by creating devices capable of overcoming the barriers that stand in the way of using languages and in the way of communications between dolphins and people,” he added.

Scientists already knew that dolphins use more than one thousand different types of whistle depending on social context but it was unclear if they could communicate directly with each other, one to one.

In 2007 Australian scientists identified specific whistles, which were interpreted to mean ‘I’m here, where is everyone’, ‘Hurry up’ and ‘There’s food over here’.

Dolphins are also thought to have developed a type of sign language in which they communicate with their flippers.

A group of scientists in Florida earlier this year showed that the communication between dolphins increases when they are undertaking a difficult task – in one case removing the lid from a canister – as if they were discussing the best solution.

The new research was published in the journal Mathematics and Physics. 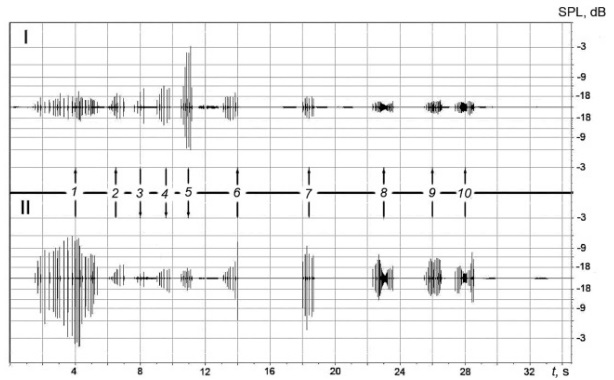