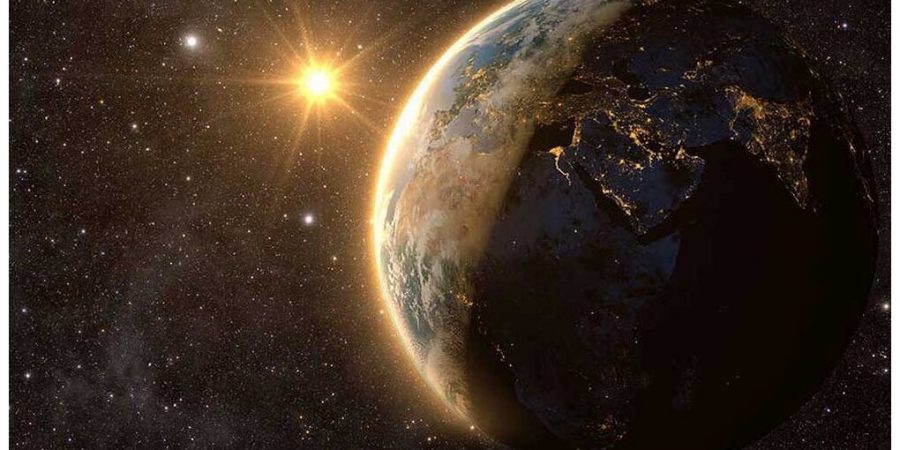 Earth is Spinning Faster Now than it Was 50 Years Ago

“But in the past decade or so, Earth’s rotational slowdown has … well, slowed down. There hasn’t been a leap second added since 2016, and our planet is currently spinning faster than it has in half a century. Scientists aren’t sure why.”

Ever feel like there’s just not enough time in the day? Turns out, you might be onto something. Earth is rotating faster than it has in the last half-century, resulting in our days being ever-so-slightly shorter than we’re used to. And while it’s an infinitesimally small difference, it’s become a big headache for physicists, computer programmers and even stockbrokers.

Our solar system formed about 4.5 billion years ago, when a dense cloud of interstellar dust and gas collapsed in on itself and began to spin. There are vestiges of this original movement in our planet’s current rotation, thanks to angular momentum — essentially, “the tendency of the body that’s rotating, to carry on rotating until something actively tries to stop it,” explains Peter Whibberley, a senior research scientist at the UK’s National Physical Laboratory.

Thanks to that angular momentum, our planet has been spinning for billions of years and we experience night and day. But it hasn’t always spun at the same rate.

Hundreds of millions of years ago, Earth made about 420 rotations in the time it took to orbit the Sun; we can see evidence of how each year was jam-packed with extra days by examining the growth lines on fossil corals. Although days have gradually grown longer over time (in part because of how the moon pulls at Earth’s oceans, which slows us down a bit), during humanity’s watch, we’ve been holding steady at about 24 hours for a full rotation — which translates to about 365 rotations per trip ’round the Sun.

As scientists have improved at observing Earth’s rotation and keeping track of time, however, they’ve realized that we experience little fluctuations in how long it takes to make a full rotation.

A new way to track time

In the 1950s, scientists developed atomic clocks that kept time based on how electrons in cesium atoms fall from a high-energy, excited state back to their normal ones. Since atomic clocks’ periods are generated by this unchanging atomic behavior, they don’t get thrown off by external changes like temperature shifts the way that traditional clocks can.

Over the years, though, scientists spotted a problem: The unimpeachably steady atomic clocks were shifting slightly from the time that the rest of the world kept.

“As time goes on, there is a gradual divergence between the time of atomic clocks and the time measured by astronomy, that is, by the position of Earth or the moon and stars,” says Judah Levine, a physicist in the time and frequency division of the National Institute of Standards and Technology. Basically, a year as recorded by atomic clocks was a bit faster than that same year calculated from Earth’s movement. “In order to keep that divergence from getting too big, in 1972, the decision was made to periodically add leap seconds to atomic clocks,” Levine says.

Leap seconds work a little like the leap days that we tack on to the end of February every four years to make up for the fact that it really takes around 365.25 days for Earth to orbit the Sun. But unlike leap years, which come steadily every four years, leap seconds are unpredictable.

The International Earth Rotation and Reference Systems Service keeps tabs on how quickly the planet spins by sending laser beams to satellites to measure their movement, along with other techniques. When the time plotted by Earth’s movement approaches one second out of sync with the time measured by atomic clocks, scientists around the world coordinate to stop atomic clocks for exactly one second, at 11:59:59 pm on June 30 or December 31, to allow astronomical clocks to catch up. Voila — a leap second.

Since the first leap second was added in 1972, scientists have added leap seconds every few years. They’re added irregularly because Earth’s rotation is erratic, with intermittent periods of speeding up and slowing down that interrupt the planet’s millions-of-years-long gradual slowdown.

“The rotation rate of Earth is a complicated business. It has to do with exchange of angular momentum between Earth and the atmosphere and the effects of the ocean and the effect of the moon,” Levine says. “You’re not able to predict what’s going to happen very far in the future.”

But in the past decade or so, Earth’s rotational slowdown has … well, slowed down. There hasn’t been a leap second added since 2016, and our planet is currently spinning faster than it has in half a century. Scientists aren’t sure why.

The trouble with leap seconds

Depending on how much Earth’s rotations speed up and how long that trend continues, scientists might have to take action. “There is this concern at the moment that if Earth’s rotation rate increases further that we might need to have what’s called a negative leap second,” Whibberley says. “In other words, instead of inserting an extra second to allow Earth to catch up, we have to take out a second from the atomic timescale to bring it back into state with Earth.”

Whether a regular leap second or a negative leap second is called for, in fact, these tiny changes can be a massive headache for industries ranging from telecommunications to navigation systems. That’s because leap seconds meddle with time in a way that computers aren’t prepared to handle.

“The primary backbone of the internet is that time is continuous,” Levine says. When there’s not a steady, continuous feed of information, things fall apart. Repeating a second or skipping over it trips up the whole system and can cause gaps in what’s supposed to be a steady stream of data. Leap seconds also present a challenge for the financial industry, where each transaction must have its own unique time stamp — a potential problem when that 23:59:59 second repeats itself.

Some companies have sought out their own solutions to leap seconds, like the Google smear. Instead of stopping the clock to let Earth catch up with atomic time, Google makes each second a tiny bit longer on a leap second day. “That’s a way of doing it,” Levine says, “but that doesn’t agree with the international standard for how time is defined.”

Time as a tool

In the grand scheme of things, though, we’re talking about very tiny amounts of time — just one second every couple of years. You’ve lived through plenty of leap seconds and probably weren’t even aware of them. And if we view time as a tool to measure things we see in the world around us, like the transition from one day to the next, then there’s an argument to be made for following the time set by the movement of Earth rather than the electrons in an atomic clock — no matter how precise they might be.

Levine says he thinks that leap seconds might not be worth the trouble they cause: “My private opinion is that the cure is worse than the disease.” If we stopped adjusting our clocks to account for leap seconds, it could take a century to get even a minute off from the “true” time recorded by atomic clocks.

Still, he concedes that while it’s true that time is just a construct, a decidedly human attempt to make sense of our experiences in a big, weird universe, “it’s also true that you have the idea that at 12 o’clock noon, the Sun is overhead. And so you, although you don’t think about it often, do have a link to astronomical time.” Leap seconds are just a tiny, nearly invisible way of keeping that link alive.