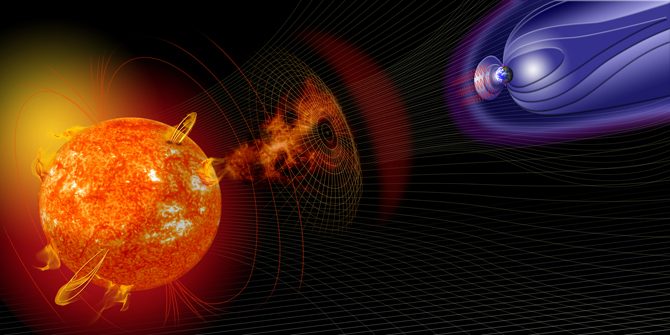 For those who take interest in the area of space/science and the effects of space weather on our planet they will likely already have read or heard that scientists are forecasting a solar minimum and in fact we are in one of the weakest solar cycles in more than 100 years.

During solar minimums CMEs (coronal mass ejections) from the sun are extremely low in occurrence. This causes more penetration of cosmic rays which would normally be deflected on a more regular basis during a solar maximum.

The effects of the solar minimum has been strongly associated with mini ice ages by many scientist while there are also other scientists who claim the opposite that during a solar minimum more radiation is allowed to reach Earth’s surface potentially allowing for more heating. Some maintain this is the cause for the Arctic melting not man made global warming.

Here is a recent study conducted by spaceweather.com on cosmic rays increase:

Why are cosmic rays intensifying? The main reason is the sun. Solar storm clouds such as coronal mass ejections (CMEs) sweep aside cosmic rays when they pass by Earth. During Solar Maximum, CMEs are abundant and cosmic rays are held at bay. Now, however, the solar cycle is swinging toward Solar Minimum, allowing cosmic rays to return. Another reason could be the weakening of Earth’s magnetic field, which helps protect us from deep-space radiation.

The radiation sensors onboard our helium balloons detect X-rays and gamma-rays in the energy range 10 keV to 20 MeV. These energies span the range of medical X-ray machines and airport security scanners.

The data points in the graph above correspond to the peak of the Reneger-Pfotzer maximum, which lies about 67,000 feet above central California. When cosmic rays crash into Earth’s atmosphere, they produce a spray of secondary particles that is most intense at the entrance to the stratosphere. Physicists Eric Reneger and Georg Pfotzer discovered the maximum using balloons in the 1930s and it is what we are measuring today. – spaceweather.com