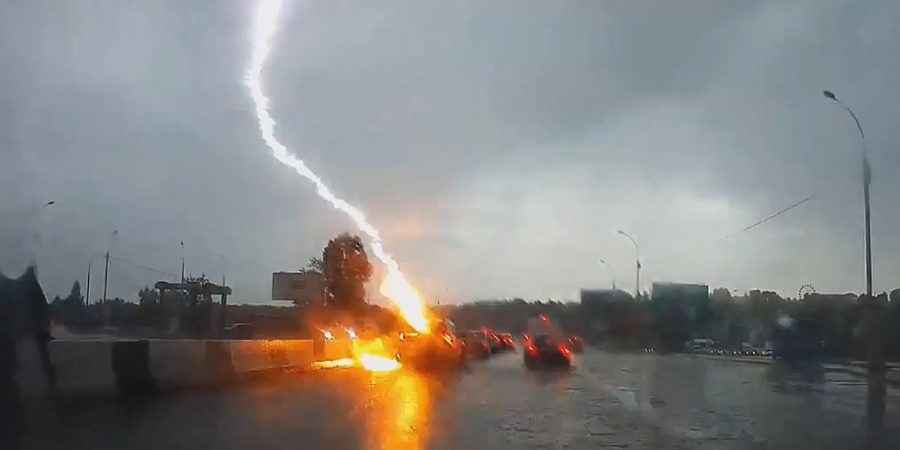 A car crawling through traffic in Russia was blasted by lightning –twice– in an incredible double-strike that was filmed by the dashcam of a nearby vehicle. The flashes were so powerful they temporarily blinded another driver.

Galina Ershova was driving along the Berdskoye Highway in Novosibirsk, Siberia, when her dashcam recorded the unlikeliest of drivetime distractions – a double lightning strike mere feet away from her own car.

“I was blinded for a split second, I grabbed the steering wheel with a death grip,” Ershova said. “It happened so quickly.”

The Toyota SUV in front of her had been zapped and left with a dead battery but, thankfully, all occupants survived without a scratch. While grateful to be alive, the driver, Anna Nakaznykh, was a bit peeved that no one had come to her aid after the bizarre bolt from the blue.

“There were a lot of eyewitnesses… But no-one stopped,” she said afterwards. “They all just went on.”

The vast majority of modern motor vehicles have an in-built lightning rod to conduct a charge safely to earth, so the risk to the driver and passengers would be minimal, even with a direct hit.