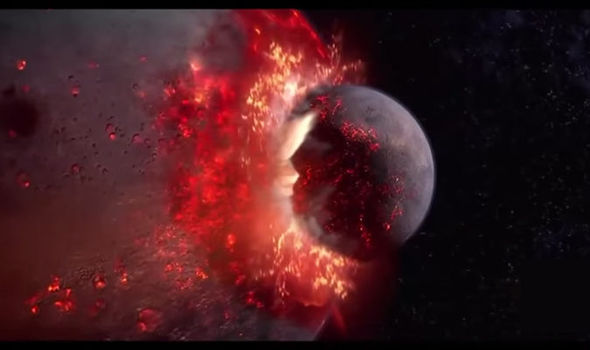 WORLD leaders are planning to hide out in bunkers next year to escape the doom a gigantic planet will cause as it passes the Earth, according to a conspiracy theory.

A secret plan to carve out huge underground complexes connected by high-speed trains for the ruling classes is already underway, a survival firm boss conspiracy theory supporter has claimed.

One base is being developed beneath the Rocky Mountains in the US, according to Robert Vicino, head of the survival firm Vivos.

But he said no members of public will be allowed in and will have to fend for themselves.

Mr Vicino made the shock claims as he warned of an impending apocalypse.

“You have to ask yourself, why did Russia just have a drill for 40 million people?”

He claims the US government have been working on fully kitted out survival shelters since 1983.

The biggest of these is located in Colorado, beneath the city of Denver, and has room for just 10,000 people – with spaces earmarked for government officials and powerful individuals, he said.

The complex is connected to US capital Washington by an underground “high speed train”, he alleges.

He said: “They built them with one of those giant drills which the British and French used to dig the Channel Tunnel.

“Except these are nuclear powered and they glazed the walls of site into glass so it hardened.

“There were stories in the late 90s and early part of this century where people across the United States, small towns in the mid east, could hear something which sounded like a rain beneath their cities, day after day, but no one knew what it was.” 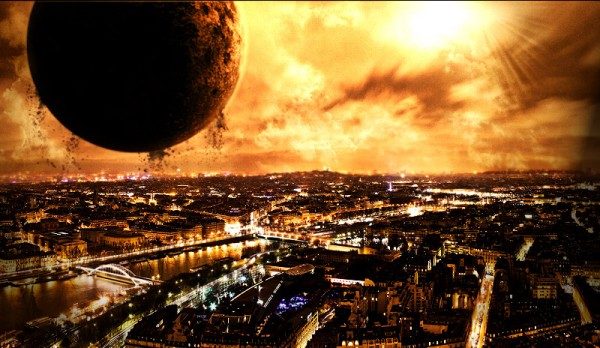 Mr Vicino claims the preparation centres around the arrival of Planet X – also known as Nibiru – now allegedly due to pass in September 2017.

Earth will be caught in the magnetic field of the planet and showers of debris from the object will rain devastation upon the world’s population, the widespread conspiracy claims.

Mr Vicino said: “They know something is coming, and I do not think they built those shelters deep underground for World War Three – because you do not have to go that deep.

“I believe they know something is coming which is epic and they have known about for decades when Nibiru was discovered by the IRAS telescope.

“It was announced then it was suppressed, no government agency was allowed to ever discuss it again.”

But critics argue he is pedalling the myth, because his firm Vivos is building and furnishing fallout bunkers for anyone who wants to survive nuclear war, a disease pandemic or the apocalypse.

He said: “No government in the world is going to tell you about something life threatening unless they have a solution for you because otherwise its going to cause social meltdown.

“People that think its crazy are the ones who have not spent any time doing research.

“Its easy to say ‘the sky is not blue’ if you have never done any research on what colour the sky really is.

“If you’re not well read and sit there playing with an iPhone and watching television, you are probably already a walking zombie, but they should not demean those people who have taken the time to deeply research this stuff.”

Nigel Watson, author of the UFO Investigations Manual published by Haynes, said the concept of a Planet X is a cornerstone of Zecharia Sitchin’s ancient astronaut theories, that he first outlined in his 1976 book ‘The 12th Planet’.

He said: “After studying ancient Sumerian texts he concluded that the planet Nibiru exists beyond Neptune and visits our part of the Solar System every 3,600 years.

“He claims that Nibiru collided with a planet called Tiamat that was situated between Mars and Jupiter. The result was the creation of the asteroid belt and planet Earth.”

Nibiru is said to be populated by the Anunnaki, an advanced humanoid race, who visited Earth thousands of years to mine gold in Africa.

As an outcome of needing workers to carry out these mining operations they used genetics to create Homo sapiens, the theory alleges.

Mr Watson added: “This is a well thought-out theory based on ancient texts, but most of it cannot be proved and the concept of a planet on such a large elliptical orbit around our

Sun doesn’t fit with our current scientific understanding of the Solar System.

“Nonetheless the popularity of these type of ideas makes it certain that every new discovery by our spaceships will be be minutely studied for any evidence of Nibiru, or any other similar body that might be populated by extraterrestrials.”

But fear not, there have been countless previous online predictions for when Nibiru will next pass, and they have all come and gone, and then been extended.

There have also been endless previous apocalypse predictions which have also come and gone.

It was claimed for months that last September would see earth-destroying earthquakes after a series of blood moon events which ended that month.

And Harold Camping predicted that devastating earthquakes would occur on May 21, 2011 but nothing happened.

We are still here and many people celebrate with a party on this date.