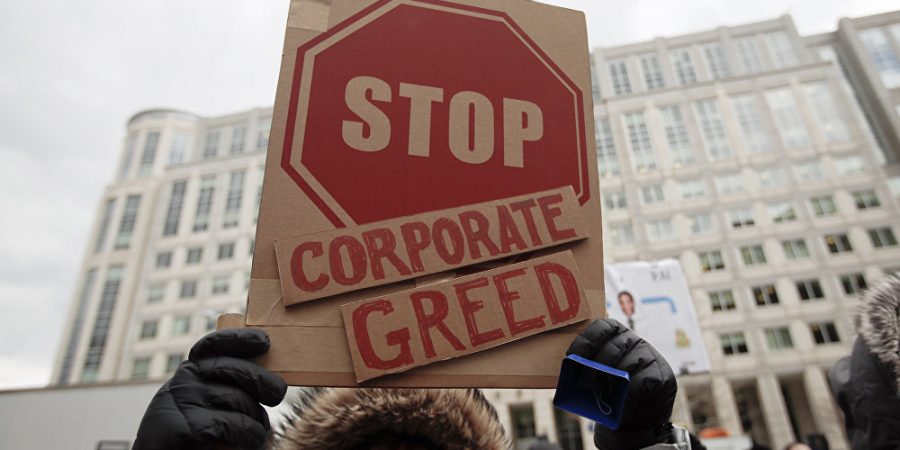 Included in this article from the TheStar.com is a break down as to what net neutrality is and why it matters etc… for those that might not be familiar with it.

This matter is just another example of corporate greed and where the little guys (the consumers) have to break our back to continue supporting their lavish greed!

The move to deregulate the telecom and cable industry could be a major setback for tech companies, consumer groups and Democrats who lobbied heavily against the decision.

The Federal Communications Commission repealed the Obama-era “net neutrality” rules Thursday, giving internet service providers like Verizon, Comcast and AT&T a free hand to slow or block websites and apps as they see fit or charge more for faster speeds.

In a straight party-line vote of 3-2, the Republican-controlled FCC junked the long-time principle that said all web traffic must be treated equally. The move represents a radical departure from a decade of federal oversight.

The big telecommunications companies had lobbied hard to overturn the rules, contending they are heavy-handed and discourage investment in broadband networks.

“What is the FCC doing today?” asked FCC chairperson Ajit Pai, a Republican. “Quite simply, we are restoring the light-touch framework that has governed the internet for most of its existence.”

The push to eliminate the rules has touched off protests and stirred fears among consumer advocates, many web companies and ordinary Americans that cable and phone companies will be able to control what people see and do online. But the broadband industry has promised that the internet experience for the public isn’t going to change.

The FCC vote is unlikely to be the last word. Opponents of the move plan legal challenges, with New York’s attorney general vowing to lead a multi-state lawsuit, and some hope to make it an issue in the 2018 midterm elections. There is also some hope that Congress might overturn the FCC decision.

Mark Stanley, a spokesperson for the civil liberties organization Demand Progress, said there is a “good chance” Congress could reverse it.

“Net neutrality” regulations, designed to prevent internet service providers like Verizon, AT&T, Comcast and Charter from favouring some sites and apps over others, are on the chopping block. On Thursday, the Federal Communications Commission plans to vote on a proposal that would not only undo the Obama-era rules that have been in place since 2015, but will forbid states to put anything similar in place.

Here’s a look at what the developments mean for consumers and companies.

What is net neutrality?

Net neutrality is the principle that internet providers treat all web traffic equally, and it’s pretty much how the internet has worked since its creation. But regulators, consumer advocates and internet companies were concerned about what broadband companies could do with their power as the pathway to the internet — blocking or slowing down apps that rival their own services, for example.

What did the government do about it?

The FCC in 2015 approved rules, on a party-line vote, that made sure cable and phone companies don’t manipulate traffic. With them in place, a provider such as Comcast can’t charge Netflix for a faster path to its customers, or block it or slow it down.

The net neutrality rules gave the FCC power to go after companies for business practices that weren’t explicitly banned as well. For example, the Obama FCC said that “zero rating” practices by AT&T violated net neutrality. The telecom giant exempted its own video app from cellphone data caps, which would save some consumers money, and said video rivals could pay for the same treatment. Pai’s FCC spiked the effort to go after AT&T, even before it began rolling out a plan to undo the net neutrality rules entirely.

A federal appeals court upheld the rules in 2016 after broadband providers sued.

Big telecom companies hate the stricter regulation that comes with the net neutrality rules and have fought them fiercely in court. They say the regulations can undermine investment in broadband and introduced uncertainty about what were acceptable business practices. There were concerns about potential price regulation, even though the FCC had said it won’t set prices for consumer internet service.

Internet companies such as Google have strongly backed net neutrality, but many tech firms have been more muted in their activism this year. Netflix, which had been vocal in support of the rules in 2015, said in January that weaker net neutrality wouldn’t hurt it because it’s now too popular with users for broadband providers to interfere.

Although the FCC’s two Democrats said they will oppose the proposal, the repeal is likely to prevail as Republicans dominate 3-2. The vote for net neutrality in 2015 was also along party lines, but Democrats dominated then.

In the long run, net-neutrality advocates say undoing these rules makes it harder for the government to crack down on internet providers who act against consumer interests and will harm innovation. Those who criticize the rules say undoing them is good for investment in broadband networks.

But advocates aren’t sitting still. Some groups plan lawsuits to challenge the FCC’s move, and Democrats — energized by public protests in support of net neutrality — think it might be a winning political issue for them in 2018 congressional elections.

The Associated Press via thestar.com