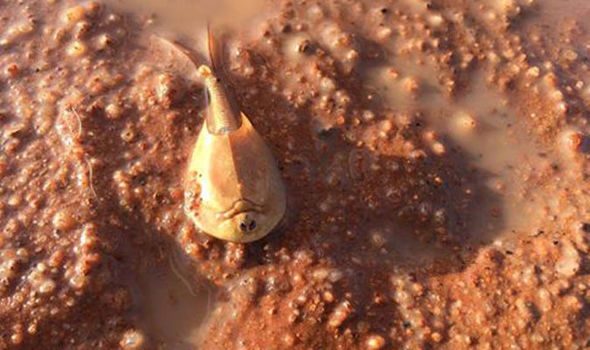 FREAK rain in the Australian outback has allowed a prehistoric, alien-looking shrimp to emerge from out of the blue.

A species of odd-looking crustaceans have been brought back after rare rain that comes around on average every half a century rehydrated the shrimp.

There was so much rainfall in the usually perpetually dry Uluru, near Alice Springs in the middle of Australia, that it was closed to the public due to heavy flooding.

However, one positive is that a marine-creature, known as a shield shrimp (or Triops australiensis) has reemerged.

The creature is classed as a ‘living fossil’ as it has barely changed in tens of millions of years and is one of the toughest animals on the planet. 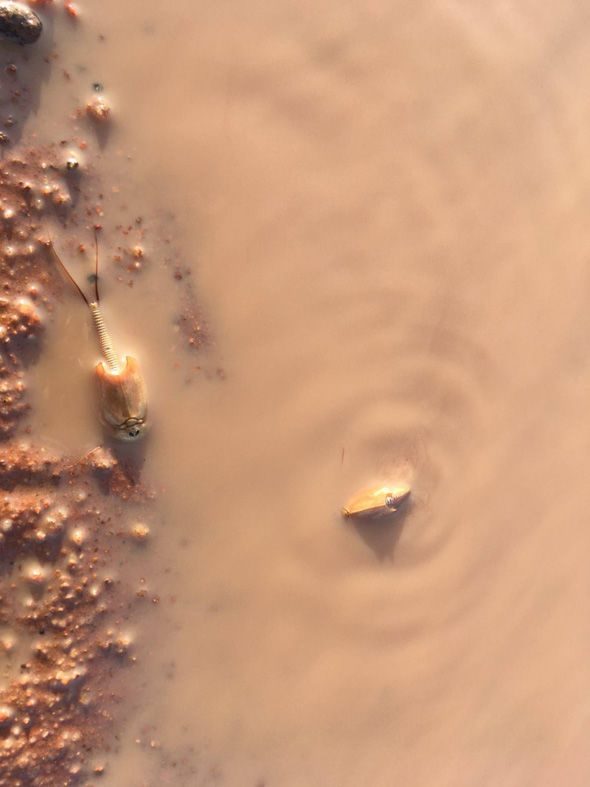 The shield shrimp is an example of a living fossil

The shield shrimp makes its way across land by simply being blown and spends most of its life buried under sand.

Its eggs can remain dormant for almost a decade without water and can survive in some of the hottest temperatures on Earth.

Michael Barritt, an expert on living fossils, told ABC: “These are eggs that can dry out and deal with all the kinds of extreme temperatures that inland Australia gets, including high temperatures and low temperatures at night in wintertime.

“All these eggs get blown all over the place. Then when sufficient summer rain comes along, they hatch and go crazy trying to feed as much as they can on micro-organisms and bacteria in the water.

“They want to be able to lay their eggs back into the drying surface before the waterhole dries out.”

When the rain does finally fall in Alice Springs, as it did in December just gone, millions of the shrimp, which grow to about seven centimetres long, can be spotted.

The Northern Territory Parks and Wildlife Facebook page posted: “The shrimp are well adapted to desert conditions as their eggs will remain dormant for years until there is significant rain, which triggers a population explosion.

“Now is the best time to see the Shield Shrimp as the recent heavy rain in the Central Australia region has brought them to life.”