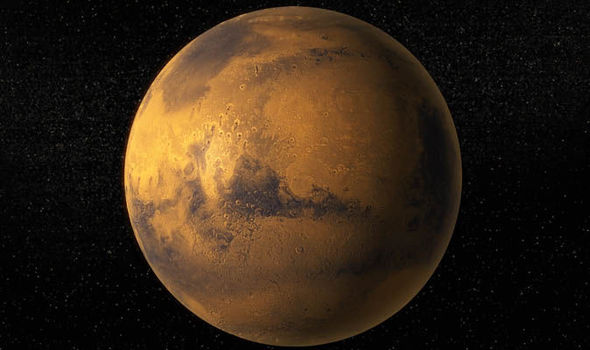 The way to the Red Planet and other mysterious worlds is being inspired by the villainous Khan from the blockbuster films, according to new research.

The use of stem cell technology may mean the difference between life and death on any attempt to travel beyond Earth into the wilderness of space.

So the first person to walk on Mars is likely to be selected from the growing group of people whose parents took the step to store their child’s stem cells at birth.

Stem cells are ‘blank’ cells that can be reprogrammed to turn into any other cell in the body, enabling the replacement of damaged cells.

More and more British parents, including TV presenter Natalie Pinkham and dancer Darcey Bussell, are paying more than £2,000 to freeze samples from their babies’ umbilical cords at birth.

Stem cells are also found in bone marrow and some body tissue, but the procedure to harvest them from umbilical cords is less risky.

Adventurous Mars pioneers will have to be especially prepared for the dangerous trip, which could expose them to cancer and other diseases, through carefully researched gene therapy.

“And we are not going to create a Khan from Star Trek specifically to get to another planet. Getting humans to Mars and beyond will be both expensive and dangerous.

“But the scientific by-products – such as huge leaps in stem cell medicine – will benefit humanity for centuries to come.”

Genetic engineering has featured in two Star Trek movies, and a number of TV episodes.

Khan, who appeared in Space Seed and Star Trek II: The Wrath of Khan, was modified to make him stronger and to give him greater stamina and intellectual capacity than a regular human.

Mr Hall said: “The first human to walk on Mars may not even be born yet – but that’s an advantage.”

StemProtect believes advanced medical techniques will be required to cope with the rigours of interplanetary space.

While a trip to Mars may appear “just around the corner” in galactic terms, it is highly possible exposure to radiation along the way could lead to the astronauts developing leukaemia and other cancers even before they arrived.

This means future travellers will have to be ‘immunised’ before they leave Earth.

Mr Hall said: “There was an article in The Times suggesting elephants would make ideal Martian travellers because they’d be largely immune to the radiation.

“But those laughing at the ridiculous sounding headline completely missed the point – the fact is scientists are already working on ways of getting humans there and back alive.”

Recent research has shown radiation in deep space increase the risk of leukaemia while long term exposure to micro gravity may leave astronauts open to infection.

The three year round trip to Mars would affect humans at the stem cell level, leaving them with a drastically lowered immune system, NASA funded scientists say.

And NASA’s own findings say stem cells may be crucial to the future of space travel, particularly how they respond in a low gravity environment.

One study showed stem cells flown in space and then cultured back on Earth had greater ability to self renew and generate any cell type, changing more easily into specialised heart muscle cells, for instance.

Mr Hall said an astronaut will have to be prepared for the journey “quite literally at the stem cell level.”

He explained: “That means working with the best and most effective stem cells available to the patient – those harvested from the umbilical cord at birth.” 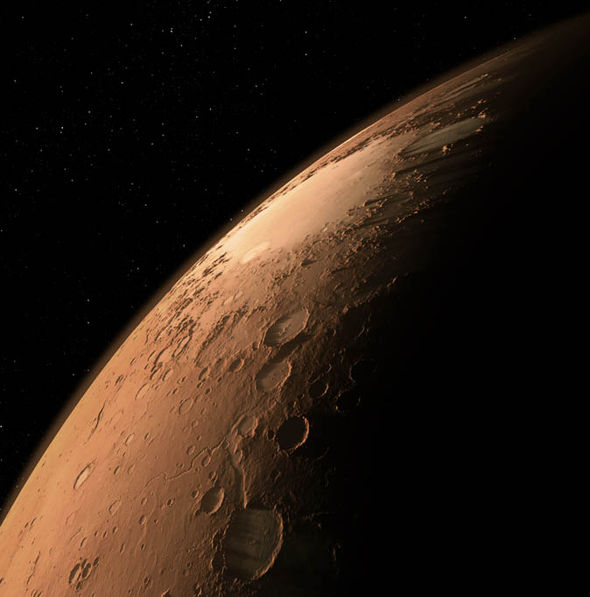 The therapies required to ‘immunise’ humans to space travel are still being researched.

And with most space based science, it can only mean huge benefits to mankind back down on Earth when it comes to fighting otherwise deadly conditions and diseases.

Stem cells have the ability to treat a potentially infinite range of illnesses and diseases.

Stem cell therapy is already being used all over the world to treat some cancers and stroke victims – and there is fast progress being made in many other areas, including Parkinson’s and Alzheimer’s disease.