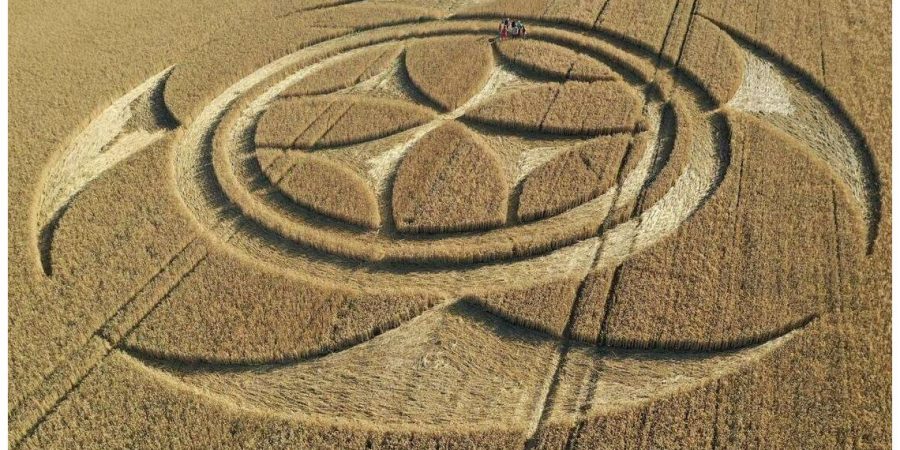 A giant crop circle that apparently appeared out of nowhere has drawn crowds of people to a farmer’s field in Northern France.

The giant Templar sign actually appeared on July 5 in a field in Vimy, near Lens, and has created great excitement around the area- attracting thousands of people to come to visit it.

The farmer to whom these wheat crops belong, Gerard Benoit, happened upon the rune while driving the tractor. “I noticed that the ears of corn were lying on the ground. I thought someone had damaged my wheat overnight, but then I realized it was forming a pattern, it’s well done. We’ve never seen a crop circle before. We see it in movies. It’s vandalism, but we said to ourselves, ‘It’s good for once!’ , Nicolas Benoit, the farmer’s son said.

“We saw a lot of people come to the field and we discovered that there were religious beliefs around it. People are crazy. They come to pray, ” explains the man. 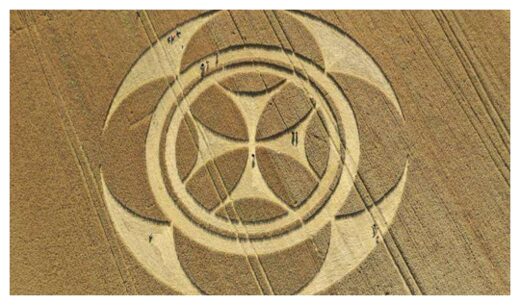 “Some people tell us that it is the Templar cross, that energy flowed from the earth, that our field is blessed and can cure multiple sclerosis. They are crazy,” says Nicolás, who assures that his family feels “overwhelmed” and stresses that the land “remains private property.” “We have more people in our field than in our farm store,” he says dumbfounded.

The large influx of people who came to see it caused the family to end up removing the photos from the social network with the aim of stopping visits, but it did not work. “In the end, it is a horror. We are not a museum. The crop circles are beautiful, but for someone else’, ” he said.

France, in fact, is used to the appearance of these mysterious crop circles and they appear on a regular basis across the country. Theories abound as to the origins of the circles, some people say they are made by groups of “followers” in the middle of the night, others are convinced they are formed by Alien Spaceships– it is normal to see elevated levels of radiation wherever the crop circles appear. Up to now, however, they remain a mystery.