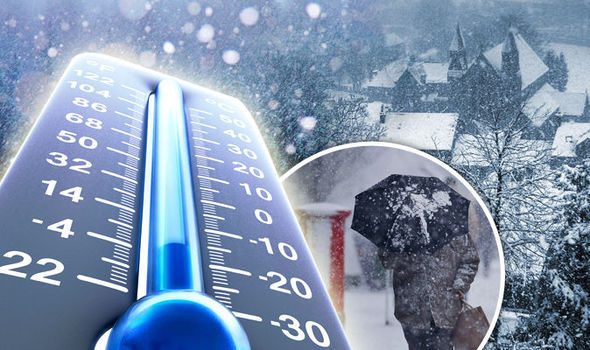 Average global temperatures have dropped off after the El Nino effect stopped.

Met Office Hadcrut4 data has shown about a 0.5C drop in average surface temperatures between the spring and the end of October. 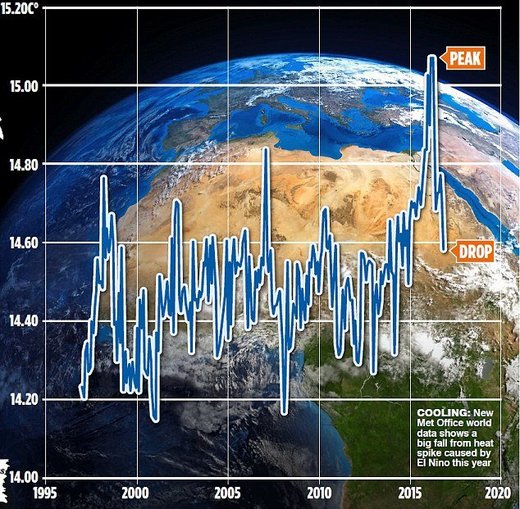 The fall in temperature coincided with the end of the El Nino effect, and start of the cooling La Nina effect.

El Nino is a natural weather cycle which happens every few years and causes sea water in the Pacific Ocean to rise by as much as 3C.

Climate change sceptics claim the latest El Nino, which began in 2015, was the reason for that year being the hottest on record, rather than man-made carbon emissions causing long-term global warming.

Science is divided over whether climate change from man-mad carbon emissions have heated the planet enough to mean that unnatural global warming also contributed to the record temperatures seen during the El Nino in 2015 and the first half of this year.

He said 2015 would have been declared the record hottest year ever even if the El Nino had not taken place.

“This was ‘mainly caused’ by the emission of greenhouse gases by humans.”

He does not believe global temperature increases tailed off between the 1998 and 2015 El Ninos.

But, professor Judith Curry, of the Georgia Institute of Technology, and president of the Climate Forecast Applications Network, disagrees.

She told the Mail on Sunday: “I disagree with Gavin. The record warm years of 2015 and 2016 were primarily caused by the super El Nino.”

She said evidence suggested the rate of global warming had ben slower since 1998 until the 2015 El Nino.

She believes science needs to wait at least another five years before it can be assessed which is more responsible for temperature rises – the natural El Nino, or man-made emissions.

Separate NASA data based on average lower atmospheric temperatures above land has also shown an around 1C drop since the summer.

Average temperatures above the sea have cooled to a lesser extent over the same period.

Despite this, 2016 may still be on course to, overall, be the hottest year ever.

The last major El Nino happened in 1998, and led to a temporary spike in average temperatures, with some scientists suggesting it weakens the case that man-made carbon emissions are responsible alone for long-term temperature rises being seen.

He said in the Guardian: “Human carbon pollution is heating the Earth incredibly fast.

“On top of that long-term human-caused global warming trend, there are fluctuations caused by various natural factors.

“One of these is the El Niño/La Niña cycle.

“The combination of human-caused warming and a strong El Niño event are on the verge of causing an unprecedented three consecutive record-breaking hot years.

“Simply put, without global warming we would not be seeing record-breaking heat year after year.

David Whitehouse, a scientist on the Global Warming Policy Foundation, told the Mail on Sunday: “According to the satellites, the late 2016 temperatures are returning to the levels they were at after the 1998 El Nino.

“The data clearly shows El Nino for what it was – a short-term weather event.”