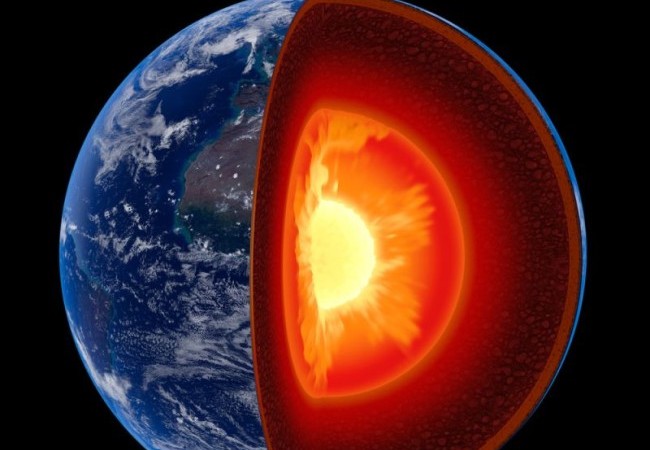 Here’s What Can Trigger Mega Earthquakes

British scientists plan to obtain a sample of mantle which is located between the crust and core of our planet. This type of venture was never done before and it could trigger a massive earthquake.

Scientists from Cardiff University are behind the mission, which hopes to bring the first-ever samples of mantle – the rocky substance that makes up most of our planet between the crust and core – back to the surface to be studied.

Professor Chris MacLeod, project co-leader, wants to investigate an area at the edge of the crust and mantle called the Moho boundary.It is a place where the seismic waves of earthquakes suddenly change speed.

The area in question is called Atlantis Bank on the South West Indian Ridge of the Indian Ocean.

It was chosen because faults and erosion have already thinned the crust there.

The International Ocean Discovery Program (IODP) project could allow scientists to examine for the first time untouched peridotite from the mantle a rock, rich in olivine minerals makes up the bulk of our world inside.

However, drilling into such a seismically significant area has prompted fears the project could be a disaster and trigger a huge earthquake or volcano.

Many scientists and campaigners now believe there is a direct link between deep drilling and man-made earthquakes.

However, geologists were left perplexed by a magnitude-8.3 earthquake that suddenly happened on May 24, 2013, in the Sea of Okhotsk, deep within the Earth’s mantle.

Thorne Lay, a seismologist at the University of California, Santa Cruz and co-author of a study into it, said: “It’s the biggest event we’ve ever seen.

Fracking is the process of drilling into the ground before injection a water solution at high pressure to crack open rocks and release natural gas inside them to use as a fossil fuel – is seen as the main culprit for manmade earthquakes by some.

In The US state of Oklahoma, anti-fracking campaigners claim it has led to a huge increase in seismic activity since the industry started there.

There are fears that the project would be like a massive tracking attempt, as sea water would gush into the mantle, and could even trigger a mega quake.

Hoy Hawkins, a US anti-fracking campaigner, is concerned about the location for the world record drill. He said: “Tell me I don’t have to take my continental fracking concerns out to remote oceans now.

Drilling to release geothermal heat has also been linked to increase earthquake activity.

There are campaigners against plans by the company AltaRock to drill two miles into the continental crust near the town of Anderson Springs — 90 miles north of seismic San Francisco.

The firm wants to release the heat from natural geothermal vents.

But residents fear it will bring more earthquakes after a geothermal project in Basel, Switzerland, that drilled nearly three miles down, triggered a 3.4 magnitude quake earthquake.

Drilling was also blamed on a large mud volcano in Java, Indonesia in 2006, which displaced more than 30,000 people after a gas exploration project went wrong.

But the team about to drill towards the mantle believe the research could actually allow us to understand more about the risk from this seismic region. But the team insist the project has been deemed safe to proceed.,

Mr Macleod said it could take several years to actually reach the mantle. He said: “In total, we think it will take three expeditions.

Previous attempts to drill into the mantle since the 1960s have all failed.

The team believes the only way to learn more about what lies beneath is to drill down to sample everything between the seabed and the top few hundred metres of “unadulterated mantle.”