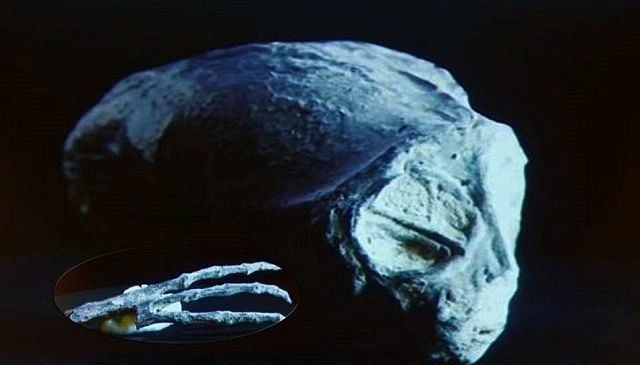 It appears that besides the ancient three fingered and three toed mummy, a total of five mummies have been discovered in NAZCA Peru.

The five 1,700 year-old mummies are more reptilian than human. New images of the “alien mummies” were unveiled during a press conference called “The mummies of Nazca” in Peru by Mexican ufologist and journalist Jamie Maussan.

This included X-rays of the mummified remains so Maussan could banish claims that they were fake or made of plaster.

Maussan alleges that of the five bodies discovered, three of them had “characteristics that are closer to reptiles than humans.”

If their findings are correct than this is yet another astonishing discovery with the potential to completely alter our shared view of history.