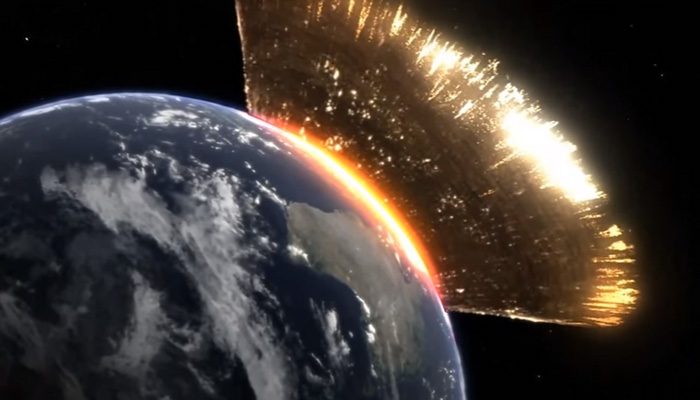 Huge Asteroid Apophis is Coming to Our Way – How Safe Are We?

NASA seems to have done great so far in accurately calling the trajectory of asteroids and surprisingly quite accurately I might add (by great I mean accurate record for calling correctly no hitters and being pretty precise in the passing proximity to Earth). In the case of Apophis I am hoping their streak continues.

Apophis asteroid will speed past Earth on April 13, 2029, at just 18,600 miles away – which is less than one-tenth the distance between the Earth and the moon.

The threat of an asteroid impacting the Earth is ever-growing with astronomers now predicting that it will happen sooner or later, if not now.

Throughout its 4.5-billion-year history, Earth has been repeatedly pummelled by space rocks that have caused anything from an innocuous splash in the ocean to species annihilation, although nobody knows when the next big impact will occur.

“Sooner or later we will get… a minor or major impact,” Rolf Densing, who heads the European Space Operations Centre (ESOC) in Darmstadt, Germany, told AFP ahead of International Asteroid Day on Friday.

What’s even more worrying is astronomers have calculated that the Apophis asteroid will speed past Earth on April 13, 2029, at just 18,600 miles away – which is less than one-tenth the distance between the Earth and the moon.

Named after the Egyptian god of evil and destruction and discovered in June 2004 by Roy A Tucker, David J Tholen, and Fabrizio Bernardi at the Kitt Peak National Observatory in Arizona, asteroid Apophis is about 370 meters in diameter.

Although the possibility of an impact during its close approach in 2029 was excluded, the asteroid’s collision with Earth in the more distant future cannot be completely ruled out.

Based on recent observations, the probability of an impact during its close flybys of Earth on April 13, 2029 was eliminated by astronomers.

“We can rule out a collision at the next closest approach with the Earth, but then the orbit will change in a way that is not fully predictable just now, so we cannot predict the behavior on a longer timescale,” Alberto Cellino of the Observatory of Turin in Italy told Astrowatch.net.

But the asteroid’s collision with Earth in the more distant future cannot be completely ruled out.

The next time Apophis will return to Earth after 2029 is on April 13, 2036. While NASA’s Center for Near Earth Object Studies is not concerned, saying that the rock will come no closer than 14 million miles from Earth, this situation may dramatically change someday. Given that near-Earth objects (NEO) orbits are chaotic, what is not dangerous today can become a candidate impactor in the future.

According to Alan Harris, a former Jet Propulsion Laboratory (JPL) researcher, “Apophis has a Palermo Scale rating of about minus three, so while we cannot rule out an impact in the future, it is about 1,000 times less likely than a random impact in the same interval of time. “

“Due to a close but non-impacting pass by the Earth, there are numerous possible impact trajectories beyond that, but all are of very low probability,” Harris told Astrowatch.net.

To improve the knowledge of its orbit, astronomers are constantly monitoring the asteroid.

It may not happen in our lifetime, but “the risk that Earth will get hit in a devastating event one day is very high”, added Densing.

So for now, there is little mankind can do – firstly,they need to be able to spot the threat.