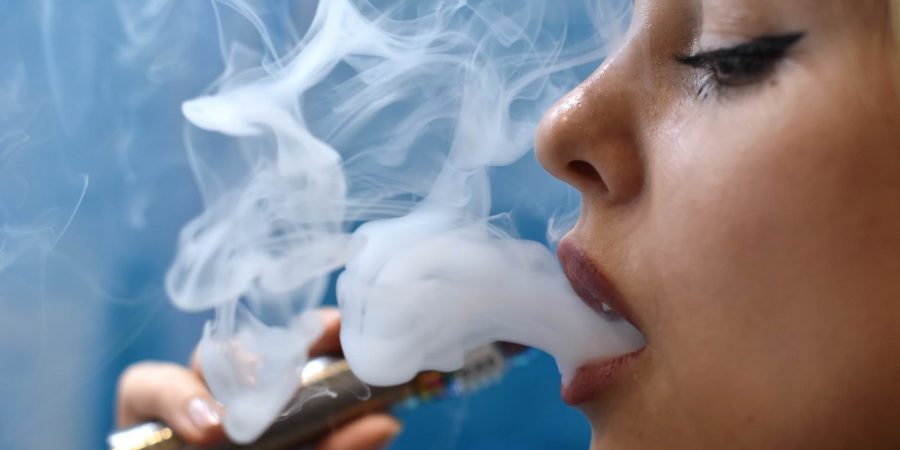 Federal health authorities are urging people to stop vaping after a third electronic cigarette-related death was confirmed Friday; a fourth is being investigated, and two more were reported the same day.

In a news release Friday, the US Centers for Disease Control and Prevention (CDC) encouraged people to discontinue vaping while it continues to investigate 450 confirmed or suspected vaping-related illnesses in 33 states. Some patients became ill after using THC (Tetrahydrocannabinol, the psychoactive substance in marijuana) and nicotine-containing products, while others fell ill from nicotine-only products.

“People who do use e-cigarette products should monitor themselves for symptoms (e.g., cough, shortness of breath, chest pain, nausea, vomiting, abdominal pain, fever) and promptly seek medical attention for any health concerns,” the CDC added.

The CDC’s press release comes the same day that US’ third vaping-related death was confirmed in Indiana.

“The death, which occurred in an individual older than age 18, was confirmed Sept. 5 as part of an investigation involving health officials at the local and federal levels and in surrounding states. No additional details about the patient will be provided due to privacy laws,” the Indiana State Department of Health confirmed Friday.

Two other deaths have been confirmed in Illinois and Oregon, although there may be more. The CDC has not confirmed the location of the fourth case, which is still being investigated. However, Minnesota and Los Angeles health officials both reported vaping-related deaths Friday. According to Minnesota State Epidemiologist Dr. Ruth Lynfield, the patient who died was more than 65 years old and had a history of lung disease. No details have yet been revealed about the case in Los Angeles.

New York officials revealed Thursday that they found “very high levels” of the chemical vitamin E acetate in vaping products containing cannabis. However, Mitch Zeller, the director of the US Food and Drug Administration’s Center for Tobacco Products, recently told reporters that “no one substance or compound, including vitamin E acetate, has been identified in all of the samples tested.”

“It’s important to emphasize that identifying any compounds that are present in the samples will ultimately just turn out to be one piece of the puzzle that will not necessarily answer questions about causality,” Zeller is quoted as saying by multiple sources.

A new study published Friday in the Oxford Academic Journal of the Endocrine Society, found that compounds in vaping fluids might impair fertility in women and even cause developmental problems in babies. Researchers at the University of North Carolina at Chapel Hill used female mice to conduct the study.

“We found that e-cigarette usage prior to conception significantly delayed implantation of a fertilized embryo to the uterus, thus delaying and reducing fertility (in mice),” study author Kathleen Caron told media outlets. “We also discovered that e-cigarette usage throughout pregnancy changed the long-term health and metabolism of female offspring – imparting lifelong, second-generation effects on the growing fetus,” including reduced weight, she said.

“These findings are important because they change our views on the perceived safety of e-cigarettes as alternatives to traditional cigarettes before and during pregnancy,” Caron added.