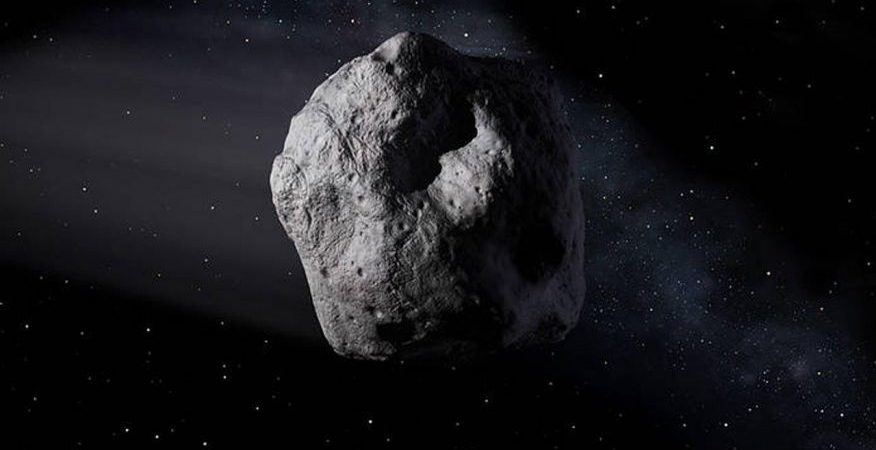 Is Earth About To Be Hit By An Asteroid? Making Sense of Life in a Hostile Universe

This Saturday at roughly 2:38 AM Eastern Time an asteroid bigger than a football stadium will whiz past Earth at 28,000 miles per hour and almost certainly not hit us. But that won’t be the end of it. The 755-foot-diameter projectile is set to return every year until 2022, during which time who knows what could happen.

Per custom, the asteroid is named after the year it was first discovered: 2010 NY65. Calculations predict it will come within 1.9 million miles of us this time around, a cat’s whisker in astronomical terms.

The looming object is classified as a “Potentially Hazardous Asteroid” by the Minor Planet Center, based at the Harvard-Smithsonian Center for Astrophysics in Cambridge, Massachusetts. The center is charged with the weighty responsibility of calculating the orbits of all near-Earth objects (NEOs), so we can always know where they are with respect to us.

Not that it really matters. Presently, we know of 875 especially large NEOs circling our world like so many killer sharks. Many of them, if they hit us, have the potential of creating the kind of snowballing environmental catastrophe science believes wiped out the mighty dinosaurs sixty-five million years ago.

This Saturday’s asteroid – even though its diameter is forty times smaller than the dinosaur killer – has the destructive power of 300 Hiroshima A-bombs. Next month yet another asteroid – 2017 BS5 – will come half as close to us. It’s as though an angry universe is throwing rocks at us.

Believe me, that is not a flippant statement.

No doubt you’ve heard the cosmos is fortuitously and finely tuned for the existence of life. For instance, if gravity were just one-trillionth times stronger or weaker than it is, neither galaxies, stars, planets, nor we would be here.

But it is equally true the universe is hostile to the survival of complex organisms – most of all, humans. Life persists despite the universe.

That sobering fact is memorialized in the second law of thermodynamics – the law of entropy, according to which our universe works 24/7/365 to unravel complexity. And it is vividly illustrated by killer asteroids such as 2010 NY65 that repeatedly, unrelentingly darken our neck of the heavens.

My dear late friend Brian Marsden, the Minor Planet Center’s longtime director, drove it into my head that being hit by one of these menacing leftovers from our solar system’s creation was simply a matter of when, not if. It’s a depressing thought, I grant you, that even as we go at each other’s throats down here on Earth, the universe itself is out to get us.

But rather than despairing at the extreme precariousness of life, I marvel that life exists at all, that it defies the random dangers of the far-flung cosmos, that it is something truly rare and, therefore, precious. In fact, as far as we know – never mind all of the imaginative speculation about extraterrestrial beings – life on Earth is unique.

We shouldn’t be here, but we are.

That is why for me this Saturday will be a time of great celebration. When I arise to the brand new day – knowing the human race has just dodged another cosmic-sized bullet – I will pause to thank God for the breathtaking, death-defying miracle that is life.