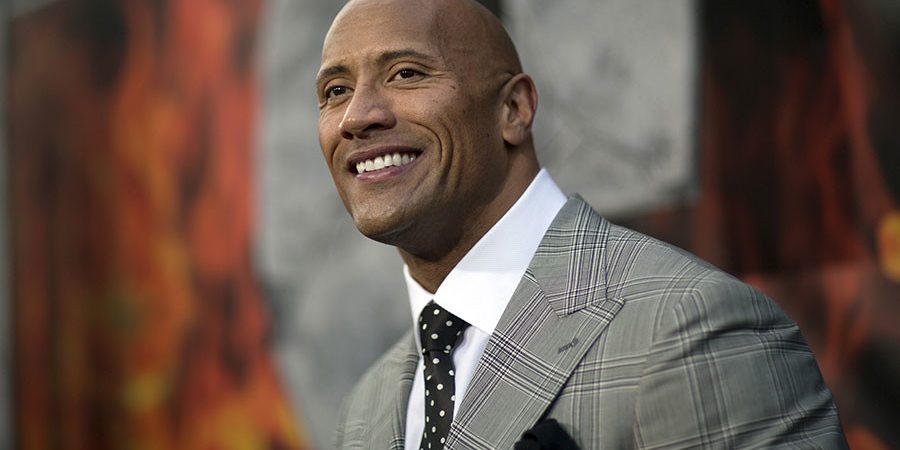 Is The Rock Cooking Up A Run For The White House? Wrestling Star Registered With Electoral Commission

His name appeared in a FEC Form 1 document on the FEC website Tuesday, alongside the title of a new political entity called “Run The Rock 2020.”

The form is required in order to set up an election campaign for a political party and was filed by a West Virginia resident called Kenton Tilford.

The Rock’s real name on the filing has raised eyebrows, with some begging the question whether the creator of the “People’s Elbow” will launch a run for the White House in 2020.

Johnson has joked about the prospect in the past.

America, I hear you.

Tune in TONIGHT for our season finale of @nbcsnl for suprises and big laughs. #SNLFinale #5xHost #2020 🔥💪🏾🇺🇸 pic.twitter.com/EdEgDwXX4V

Such an event would pit Apprentice star and current US President Donald Trump against a former WWE wrestler.

I really hope @TheRock actually runs for president in 2020 & a steel cage match between him & @realDonaldTrump decides who's the next prez.

Im voting @TheRock for president in 2020

The existence of a Form 1 with Johnson’s name doesn’t necessarily mean he’s gearing up for office, though, since according to the FEC website an individual can fill out an application on another person’s behalf.

Interestingly, it is actually illegal to fill out a false FEC form.

“Please be advised that knowingly and willfully making any materially false, fictitious, or fraudulent statement or representation to a federal government agency, including the Federal Election Commission, is punishable under the provisions of 18 USC 1001,” a FEC notice reads.

A sum in excess of $5,000 is also required to register a candidate.

An FEC spokesperson told RT.com that the document filed on behalf of Johnson concerns the setting up of a “draft committee.”

“A draft committee is a political committee that is established solely to draft an individual or to encourage him or her to become a candidate for federal office. This filing does not represent an individual’s candidate registration for elected office,” he said.