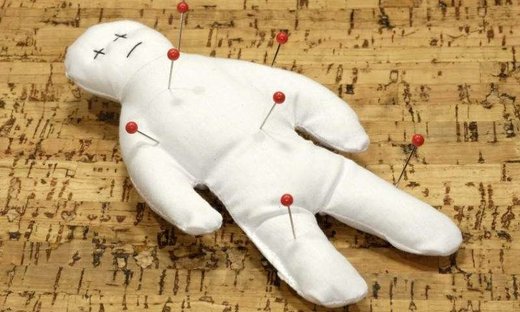 When we feel ostracised, we’re more likely to behave aggressively. Previous research suggests that vengeance on those who we think have wronged us can be driven by a sense of justice, and may activate neural reward centres. But being ostracised can also lead to generalised aggression, even lashing out at unrelated people, so there seems to be more going on. In new research in the Journal of Personality and Social Psychology, David Chester and C. Nathan DeWall tested the idea that social rejection, by making us feel wounded and unwanted, triggers a need to repair our mood by whatever means available, including through the satisfaction of causing harm to those who have made us suffer. They found that aggression can indeed be a viable method of mood repair.

The researchers asked 156 participants to write an essay on a personal topic, then to swap their essays with other participants to receive feedback on what they’d written. One group of participants received nasty feedback (actually composed by the researchers): “one of the worst essays I have EVER read”. Chester and DeWall measured mood before and after participants were given the chance to express a symbolic form of aggression: sticking pins in a virtual voodoo doll imagined as the person who had given them mean feedback. This act of (un)sympathetic magic did indeed repair mood for the rejected participants, to the point where their mood was indistinguishable from participants who’d received nice feedback.

But just because revenge can boost our mood doesn’t mean that we behave aggressively because we’re seeking that better mood. To investigate motives, the researchers next invited 154 participants to the lab and gave each a pill, telling them it would enhance their thinking for the tests to come. Some of the participants were further told that the pill had a peculiar side-effect: once it kicked in, their mood would become fixed and unchanging (all these claims about the pill were a fiction, it was an inert placebo).

Next, all the participants took part in a computer-based game where they and two other players passed a ball back and forth. Those in the “Rejection condition” experienced a cold shoulder from their two playmates (actually pre-programmed computer responses), receiving only three of the 30 passes, compared to an equal share of passes in the “Accepted condition”.

After the game, participants rated how rejected they felt, then they had the chance to take revenge in a second game against one of their previous playmates. The game was a simple ‘first to the buzzer’ reaction race, but each round the slower player was always punished by a blast of noise through their headphones. When participants were faster, they could adjust the intensity of the noise suffered by their opponent, up to 105 decibels: the volume of a jackhammer or a helicopter hovering at 100 feet.

The results suggest that even seemingly pointless aggression can have a purpose and deliver a desired outcome. Although this research focused on rejection-inspired aggression, it could explain other situations where aggression appears to us to be a plausible route to alleviating our bad mood. Chester and DeWall speculated that “to obtain the positive affect associated with retaliatory aggression, individuals may actively seek out provocation in their daily lives” and they suggested that we consider better alternatives: reflection, meditation and the like. The relief that anger provides is a wretched consolation, and it’s a habit worth kicking.

More information: David S. Chester et al. Combating the Sting of Rejection With the Pleasure of Revenge: A New Look at How Emotion Shapes Aggression., Journal of Personality and Social Psychology (2016). DOI: 10.1037/pspi0000080