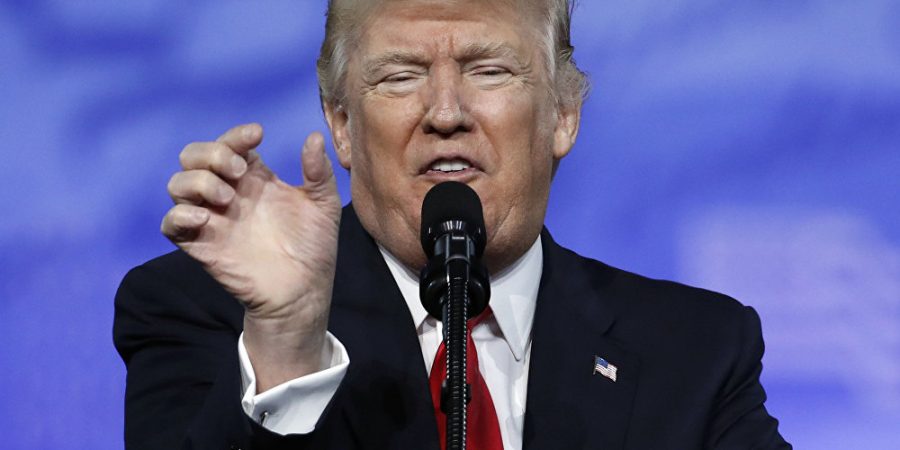 While the popular ball-bearing-based toys are reportedly able to alleviate anxiety and stress in people with neurological disorders like autism and ADHD, Kimmel seemed mostly concerned with their ability to keep Trump distracted by spinning them, which is more along the lines of teachers’ and parents’ worries concerning fidget spinners.

“Let’s do everything we can to keep those little fingers busy; give them something less destructive to do,” Kimmel suggested on the Thursday edition of his eponymous talk show.

Kimmel’s suggestion comes in the wake of Trump’s latest string of tweets aimed at Puerto Rico, which for 45 have become a unique method of setting the tone of national politics since the election campaign.

Earlier that day, Trump tweeted, “We cannot keep FEMA, the Military & the First Responders, who have been amazing (under the most difficult circumstances) in P.R. forever!” Kimmel noted that the aid workers have only been on the Island of Enchantment for three weeks, since Hurricane Maria devastated the territory, causing the deaths of somewhere between 81 and 450 people, according to a recent media survey by Vox published October 11.

“He has hemorrhoids that last longer than that,” Kimmel mused.

Kimmel finished by urging viewers to take their children’s’ fidget spinners and mail them to either the White House or “his real address” as Kimmel put it: Mar-a-Lago, Trump’s coastal Florida golf resort. “Sorry kids, but your country needs these,” he consoled.

No comment yet from Kim Jong-un or Colin Kaepernick on the proposal, but we can assume that both would appreciate anything that might keep Trump’s fingers from sending yet another twitter storm their way.