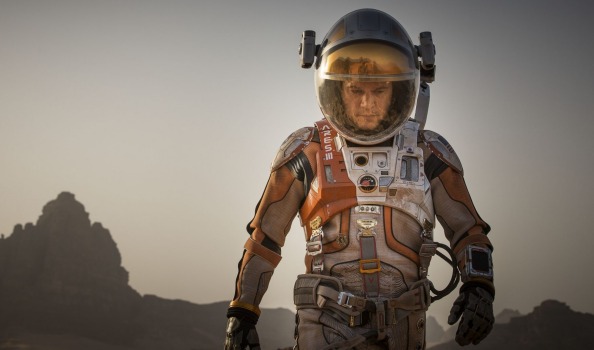 It’s nice to know Elon Musk and Jeff Bezos have a plan. They will help the richest people in the world go to Mars and start over, leaving the other 99 per cent to suffer on a dying, warring planet.

The only solace for those of us left here will be that the Biebs should be prosperous enough to go with them.

This is the unspoken flip side of Musk’s SpaceX and Bezos’ Blue Origin. The space travel companies say they are creating a way for the human species to endure by populating other planets. But the bottom line is that only the wealthy will have the means to move to Mars.

FLEEING TO A BETTER PLACE?

So you can picture a scenario that’s something like the 1970s white flight in the United States from inner cities, when the wealthier classes moved to freshly built suburbs, leaving the declining neighbourhoods to the lower classes.

In fact, the fleeing upper classes sped up the decrepitude of that era’s older cities by relocating their money and clout with them. Today, we’re seeing a similar situation in Syria, as the wealthiest and most educated people escape to the West, which will make the country even harder to stabilize and rebuild. 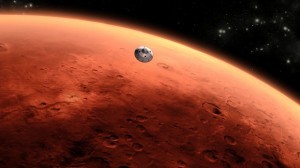 Mars landing: to settle there would be the equivalent of what the early adventurers did when they sailed to America or Australia.NASA
Such a dynamic could apply to the whole world in about 40 years. Maybe historians and scientists, charting Earth’s degeneration, will trace a direct link back to this month’s climate talks in Paris. Couldn’t make a deal stick, they’ll say. Environment spun out of control. Drought. Upheaval. Anarchy.

And then Wall Street bankers, tech titans, CEOs and Jay Z’s entourage decided to get the hell out and build McMansions in Martian space bubbles.

SPACE TECH ON THE ADVANCE

All this might sound crazy – except it’s not. Last month, Blue Origin advanced the technology of space flight by another important notch. The secretive company launched a rocket 100 kilometers into space and then landed it upright, like you might see in a sci-fi movie, just a few feet from the rocket’s launchpad. 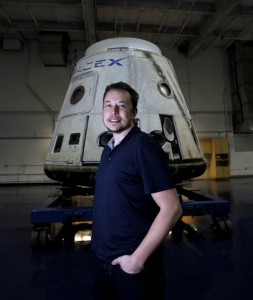 Elon Musk with the SpaceX Dragon capsule on display in California in 2012.Brian van der Brug

It’s a step toward making reusable rockets, and reusable rockets are absolutely essential to getting the cost of a Mars flight low enough to expand the target market beyond the Forbes 400.

For comparison’s sake, NASA space shuttle missions cost about $US200 million per astronaut, and those flights went only into orbit. Compared with going to Mars, orbit is like putting a toe in the Atlantic versus sailing from Europe to the New World.

And the shuttle, by the way, was not a reusable rocket – it was a reusable passenger compartment. No one had previously made a reusable rocket, which is a big reason space travel cost so much. The economics were as bad as if you had to buy a new engine for every car trip.

Blue Origin is now ginning up a real space race with SpaceX, which will help drive innovation and lower costs. Musk got a head start and has guided SpaceX into the business of launching satellites as a way to practice for human space travel. Bezos opened Blue Origin – a little side project when he’s not running Amazon.com – specifically to carry people to other planets, and it got its first rocket off the ground in April. 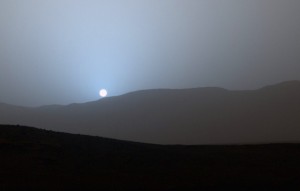 NASA’s Curiosity Mars rover recorded this view of the sun setting at the close of the mission’s 956th Martian day, or sol, April 15, 2015.NASA

Also in the mix are Richard Branson with his Virgin Galactic and Microsoft co-founder Paul Allen, who funded the nerdily-named Stratolaunch Systems. Space is turning into a billionaire-athon. If Donald Trump doesn’t become president, you just know there has to be a Trump Spaceship in his future.

“Our ultimate vision is millions of people living and working in space,” Bezos told reporters after the Blue Origin landing. Musk makes even grander statements. “We need to be laser-focused on becoming a multi-planet civilisation,” he’s said. “That’s the next step.”

At least in some circles, building colonies on Mars has entered the realm of the possible. Some writers and scientists think the first brave souls will make the six-month journey to Mars within 10 years, and that’s Musk’s prediction. Not long after the technology is proven, regular flights of supplies and people will begin.

The pioneers will have to build habitable indoor spaces and, later, domed communities. As this year’s hit movie The Martian showed us, once on Mars it’s possible to grow food, make breathable air and harvest energy from solar panels. Musk calls Mars “a fixer-upper of a planet”, but by 2040, he says, there should be a thriving colonial Martiantown.

That time frame is sobering—just 25 years from now. Think how fast 25 years can whip by. If you go back to 1990, Bill Clinton was eyeing his first run for the presidency, and Tim Berners-Lee was proposing the World Wide Web.

The real migration will start post-2040. Volume will drive down flight prices from tens of millions of dollars a person to $US500,000. People will start companies on Mars. They’ll take their families.

“It’s not going to be a vacation jaunt,” Musk said in interviews. “It’s going to be saving up all your money and selling all your stuff, like when people moved to the early American colonies.”

His goal, which he believes is achievable, is to get Mars up to a population of 1 million, which Musk says “is the critical threshold for us as a civilization to not join the potentially large number of one-planet dead civilizations out there”.

And that comment gets to the point about who goes and why. Some will go to seek opportunity, but the quiet assumption is that many will go out of self-preservation.

The sad calculus is that the Mars business looks better the worse things get on Earth. And if that’s the case, it’s actually not like moving from Europe to the American colonies in 1700, when things were OK in Europe. It sounds more like escaping a ravaged land to go somewhere safe and start over.

Who will do that? The cost of the flight and setting up on another planet will hover well past the means of almost anyone but the super-rich.

Where will these wealthy people come from? Most of the space travel companies so far are American. What if those companies take mostly Americans? Will we start a human colony on Mars or an American colony?

Maybe later Mars will rebel and sign its Declaration of Independence from Earth. Maybe it will shut its borders and refuse any more refugees from that hot, horrible, hungry origin planet. We’re the exceptional people, the Martians might say, and all of you earthlings just keep screwing up your home, so we don’t want you.

They might even send Bieber back. Wouldn’t that teach us a lesson?