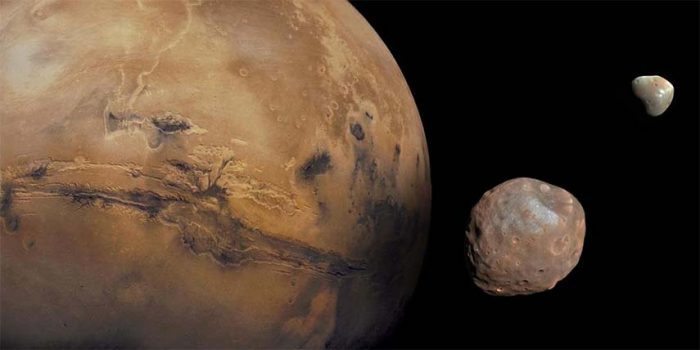 Mars’ Poles Moving Around Due to Mysterious ‘Wobble’

Like a teetering top, Mars refuses to rotate on a straight axis.

The Red Planet is wiggling and wobbling as it spins, research in the journal Geophysical Research Letters confirms, and astronomers have no idea why.

Like a toy top that teeters as it loses speed, the poles of Mars are wandering ever-so-slightly away from the planet’s axis of rotation, moving about 4 inches (10 centimeters) off-center every 200 days or so, researchers reported in a study published Oct. 13, 2020. That makes Mars only the second known planet in the universe to exhibit this phenomenon — known as the Chandler wobble — with Earth being the first, according to the American Geophysical Union’s (AGU) news blog, Eos.org.

This wobble — named for astronomer Seth Carlo Chandler, who discovered the phenomenon more than a century ago — is an effect seen in planets that aren’t perfectly round, science writer Jack Lee wrote at Eos. On Earth, the wobble is much more pronounced: Our planet’s poles wander roughly 30 feet (9 m) from its axis of rotation, wobbling in a circular pattern that repeats every 433 days or so.

This wonky wobble has negligible effect on our planet, according to Eos, but still presents a puzzle. Scientists have calculated that the wobble should naturally die down within a century of its origin, but our planet’s current wobble has been going strong for much longer than that. Something — perhaps a combination of pressure changes in the atmosphere and oceans, one 2001 study proposed — seems to be perpetually reigniting the wobble, though the exact mechanism is still unknown.

The Mars wobble is just as puzzling. The authors of the new study detected the wobble using 18 years of data collected by three satellites orbiting the Red Planet: Mars Odyssey, Mars Reconnaissance Orbiter and Mars Global Surveyor. This small shift in the Martian poles should also resolve itself naturally, the team calculated, but currently appears to be going strong.

Devoid of oceans, Mars and its wobbly rotation may be governed by atmospheric pressure changes alone, according to Eos, but further study of our tipsy neighbor is required to know for sure.

You can read more about the Mars wobble at Eos.