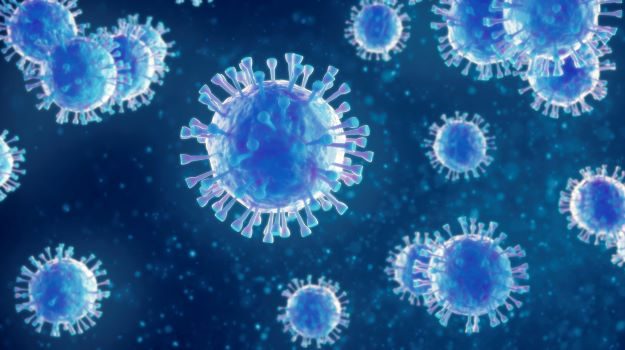 “Of the 30,000 Eurasian cranes passing this winter at the Hula Nature Reserve, 17 percent are dead, and scientists fear the worst for their surviving brethren, at least 10,000 of which appear to be ailing. The infection of the cranes is the same strain of avian flu which infected chicken coops throughout northern Israel, and led to the cull in recent days of nearly 1 million birds.”

by Noga Tarnopolsky
via Yahoo News

Israel’s National Security Council has assumed control of a massive bird flu outbreak in the Galilee, which scientists warn could become a “mass disaster” for humans.

Over half a billion migrating birds pass through the area every year, heading for warm African winters or balmy European summers, making this a catastrophic location for a major bird flu outbreak — right at the nexus of global avian travel.

The virus can be deadly if it infects people. The World Health Organization says more than half of the confirmed 863 human cases it has tracked since 2003 proved fatal. Most strains or variants of avian flu, H5N1, are relatively difficult to transmit to people.

Yossi Leshem, one of Israel’s most renowned ornithologists, told The Daily Beast, however, that it is the ability of these viruses to mutate into new strains that poses such a threat, as we have seen with the coronavirus. “There could be a mutation that also infects people and turns into a mass disaster,” said Leshem, a zoologist at Tel Aviv University and director of the International Center for the Study of Bird Migration at Latrun.

So far, at least 5,400 wild cranes have died infected with the new H5N1 avian flu, which Israeli authorities fear could expand into a global emergency.

Of the 30,000 Eurasian cranes passing this winter at the Hula Nature Reserve, 17 percent are dead, and scientists fear the worst for their surviving brethren, at least 10,000 of which appear to be ailing. The infection of the cranes is the same strain of avian flu which infected chicken coops throughout northern Israel, and led to the cull in recent days of nearly 1 million birds.

Israelis will be without their beloved chicken schnitzel — and without eggs — until a supply chain of imported birds is established.

The deaths of thousands of wild birds in the Hula Nature Reserve, one of the world’s premier bird sanctuaries, “is an extraordinary event with global ramifications,” warned Tel Aviv University Professor of Zoology Noga Kronfeld Shor in an interview with Reshet Bet Radio.

Shor, who is also the chief scientist at Israel’s Ministry of the Environment, noted that the carcasses of other waterbirds, such as pelicans and egrets, have already been found.

Israelis have been warned not to approach any wild bird that looks sick, and not to touch any bird droppings.

Yoav Motro, a specialist in vertebrates and locusts at Israel’s Ministry of Agriculture, said that for now, H5N1 is presenting “like the opposite of COVID. Compared to COVID, the chances of [human species] catching this are very, very slight — but unlike COVID, the risks of dying from it if you do catch it are very high. It is a tragic ecological event,” he said. “And we simply do not know how it will end, or where it will lead.”

Israeli scientists don’t yet know the full scale of the die-off in Israel because of the dangers inherent in fishing around marshes and wetlands. Observing birds that shy away from human contact and the urgent matter of retrieving bird carcasses is proving even more challenging because of the lack of waterproof protective gear currently available in the arid country.

While the disaster is evident in the Hula Valley, in Israel’s fertile north, crane mortality has also been observed in other sites, though not yet in Jerusalem, according to Yotam Bashan of the Jerusalem Bird Observatory.

In an interview with The Daily Beast, Motro said:

“There is no way to know what is going to happen. When you identify avian flu in chicken coops you kill all the chickens and disinfect the coops. In the wild, at this level of infection, I don’t know where it will lead. I’m worried.”

Shalom Bar Tal, an experienced wildlife photographer, told The Daily Beast that he was one of the only people allowed nocturnal access to observe the dead and dying birds.
“It could turn into an ecological disaster no less significant than the corona epidemic.”

For now, no Israeli is known to be infected with H5N1, but Israelis who were exposed to wild birds are taking the antiviral Tamiflu.

Both Motro and Bar Tal noted the heartrending scenes of weak, infected cranes leaning over their dead. Cranes mate for life and live in strong family units, Motro said. “That means that when one dies, the rest of the family — I don’t know how to define it — but it mourns.”

The cranes’ close physical proximity to one another and tight-knit family structure almost ensures, he said, that when one crane dies, “a close family member will be the next to die. There is no treatment,” he said, “no way to help.” We can only hope it doesn’t mutate and jump species.