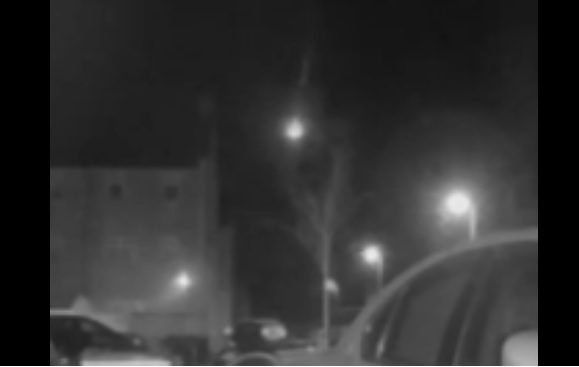 A doorbell cam belonging to Aidan Patten captured a meteor fireball as it ‘exploded’ over Burley-in-Wharfedale (northern England).

There was a flurry of meteor sightings submitted from all over the UK and Europe at the same time.

Reports began in Norfolk and Suffolk before moving up to Lincolnshire. There were then several sightings in the Netherlands, Germany and Kelso in Scotland.

After Aidan’s sighting, there were then further reports from Scotland, Luton, Gateshead, Keyningham in East Yorkshire, Ainthorpe near Scarborough, Northumberland, Pockley in Ryedale and Redcar on the North Sea coast.

All of the submissions are ‘pending’ and must be approved by the network before being classed as official sightings.

“I’d seen a couple of queries asking about the flash in the sky on the Facebook group Otley – Our Town, and then I reported it using a site called UKMON which has various reports and there are a lot pending review at the same time last night

“It could be the same one in the Netherlands too. Hopefully they’ll be confirmed shortly.

“I guess with it being so late not so many people would have seen it – unless they were coming out of the pub! It’s certainly a different one to see.”

Another witness filmed the meteor over Apperley Bridge, looking towards Leeds Bradford Airport