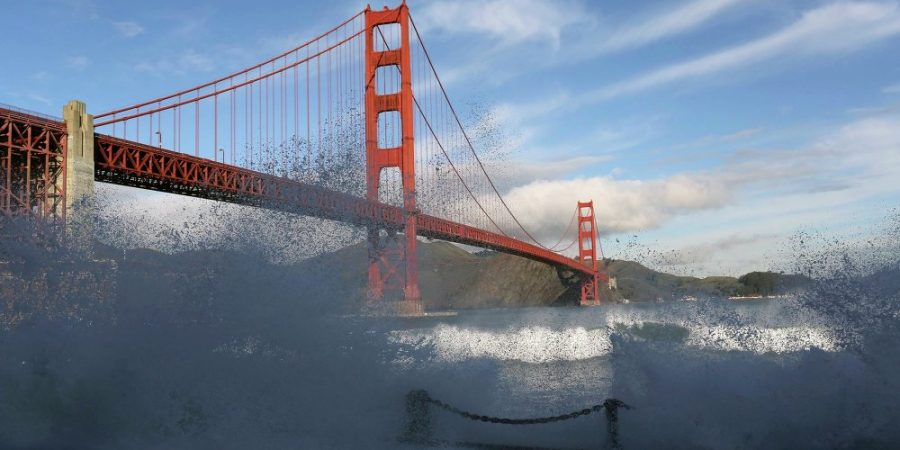 Experts have warned for years that the proverbial “big one” is just around the corner for the Golden State, but after Mexico City’s powerful 7.1 quake, the San Andreas Fault could be closer than ever to a large earthquake.

Days after Mexico’s earthquake killed more than 200 people, California was struck by a handful of its own, ranging from a magnitude of 2.5 to 3.2. Though they weren’t earth-shattering, some speculate that a disaster on the scale of Mexico City’s could be repeated in the California region.

“It’s a different system,” Matthew Blackett, a senior lecturer in physical geography and natural hazards at Britain’s Coventry University, says, Raw Story reports. “But the system that is causing these quakes in Mexico is by and large similar to what’s happening in California.”

In California, both the Pacific and North American tectonic plates are moving northward; however, the Pacific is moving quicker — inevitably causing pressure to build up. Once the tension can no longer be contained, an earthquake is triggered.
Though the 1906 quake that struck San Francisco did release some of the built-up pressure, experts say there is still a lot more that needs to be expelled.

“The San Andreas fault in southern California last had a major quake in 1857 (magnitude 7.9),” Robert Graves, a research geophysicist at the US Geological Survey, noted in the Raw Story report. “Studies that have dated previous major offsets along the fault trace show that there have been about 10 major quakes over the past 1,000-2,000 years… the average time between these quakes is about 100-150 years.”

And yet, despite the evidence, Graves urged that researchers are still unable to offer a solid prediction on when the next massive quake could strike because “in some cases, the time separation between quakes is as short as 60 years and in others it is around 300 years.”

For John Bellini, a fellow geophysicist at USGS, the smaller rumbles Californians felt don’t mean destruction is around the corner, though.

“It looks like normal activity; they’re all over the place,” Bellini told the San Francisco Gate Wednesday after small quakes stirred northern California. “We can’t predict or forecast earthquakes.”

“Sometimes before a large earthquake you’ll have a foreshock or two, but we don’t know they’re foreshocks until the big one happens,” he added.

Though the uncertainty of when California sees the mother of all earthquakes is apparent, another concern is starting to bubble up for officials and it has to do with the state’s preparedness.

“Are we prepared completely?” Kit Miyamoto, the California seismic safety commissioner, referring to poor structural support, told the Daily Star Monday. “No, we are not. I think we can do so much more.”

The USGS has also spent years trying to create a seismic early warning system for the state, however, according to the LA Times, US President Donald Trump’s budget might cancel the system before it is even launched.

But the issues don’t stop here. There’s also the matter of residents getting their homes ready and stocked in case of emergency. A survey conducted in part by the California Emergency Management Agency showed that less than 20 percent have prepared their homes and only 40 percent have stocked enough supplies.

“That is a big problem for us,” Kelly Huston, deputy director of the California Office of Emergency Services, told NBC News Friday. “It means… we will spend a lot of unnecessary time helping people who could have otherwise helped themselves, but decided they didn’t want to or didn’t have time.”

According to emergency management officials, Californians should have enough food and water to last their family at least a week.